French zoo 'outraged' by visitors writing names on rhino's back 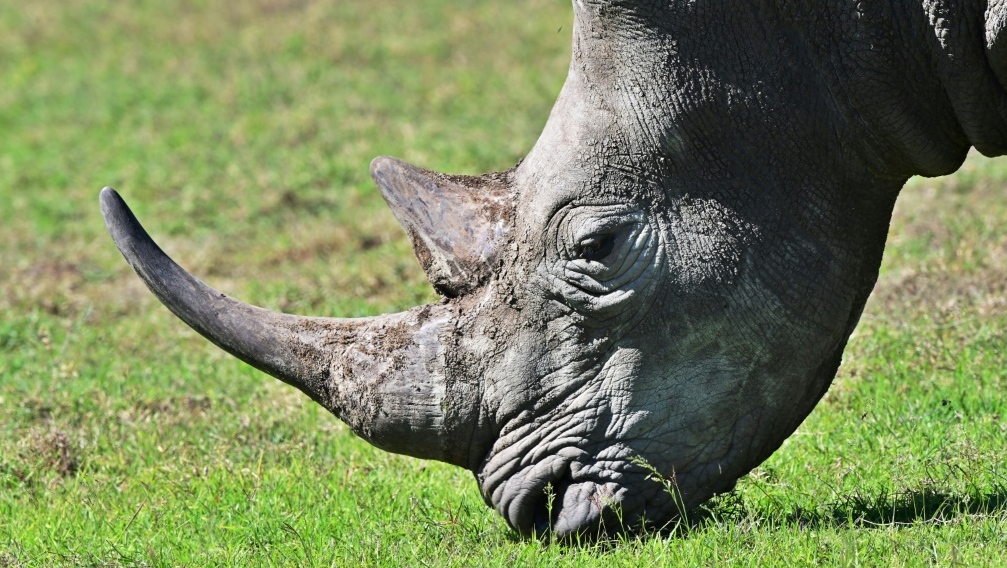 Three of the five species of rhino are critically endangered. AFP

Staff at a French zoo condemned Wednesday the "stupidity" of visitors who scratched their names into the back of a rhino.

A photograph of the 35-year-old female rhinoceros with the words "Camille" and "Julien" on its back has been widely shared on social media, triggering an outcry.

La Palmyre zoo in Royan in southwestern France said in a statement it was "outraged by the stupidity and disrespect" of the visitors but would not be taking legal action.

Animal lovers can touch the creatures when they approach the fence of their enclosure, it said, a "moving" experience which allows visitors to appreciate "the diversity and beauty of nature".

Three of the five species of rhino are critically endangered, largely due to the lucrative poaching trade.

Zoo director Pierre Caille said the visitors used their nails to scratch their names into a layer of dust, sand and dead skin on the animal's back.

"The animal may not even have realized," he told AFP. "We quickly brushed the writing away and there was no harm to the animal."

While the zoo said "the vast majority" of visitors touch the rhino "respectfully", French wildlife protection charity Le Biome said it "fell short of standards" for allowing "this type of interaction."