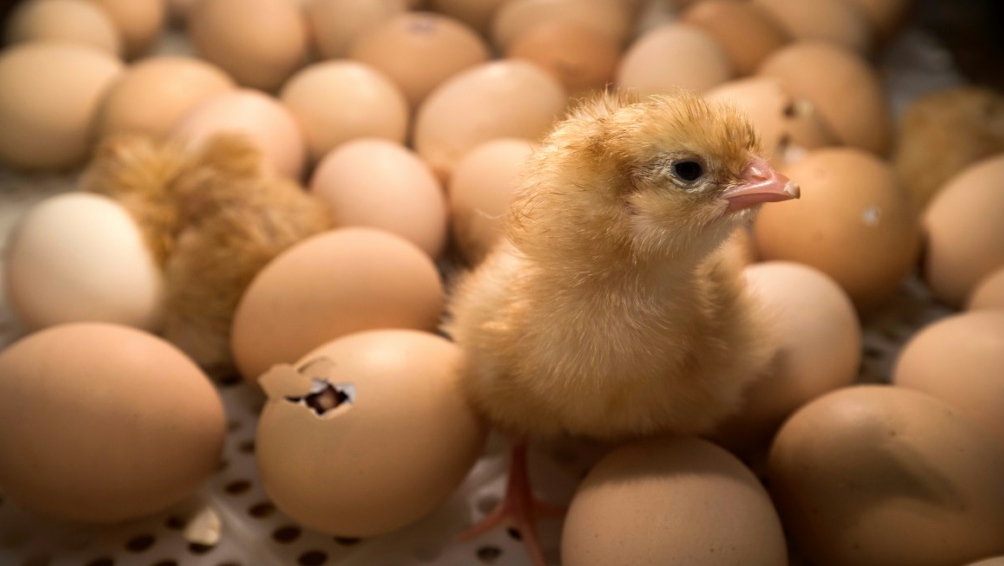 France aims to ban the widespread but hugely controversial practice of slaughtering male chicks by the end of next year. (AFP)

"The aim is to oblige firms... to do this by the end of 2021," he told BFM television, expressing hope that a method could be found that works on a large scale to determine the sex of an embryo in the egg rather than as now, after hatching.

Guillaume also announced that within a similar time frame, France would ban the castration of piglets without anesthetic, another measure long urged by animal rights activists.

Egg production requires the hatching of millions of chicks every year, with the females sold to be raised and exploited by either individual farmers or commercial poultry farms.

Adult roosters, however, produce no eggs and develop far less meat than the so-called "broilers" bred especially for eating.

As a result, producers say the male chicks are not worth the cost of raising to adults and are usually killed, either by grinding up or gassing.

Researchers have yet to come up with a way to effectively determine the sex of a chick still in the egg that works on an industrial scale.

The top administrative court in Germany, where 45 million male chicks are slaughtered every year, ruled in June that the slaughtering of male chicks could continue in the poultry industry until a method is found to determine the sex of an embryo in the egg.