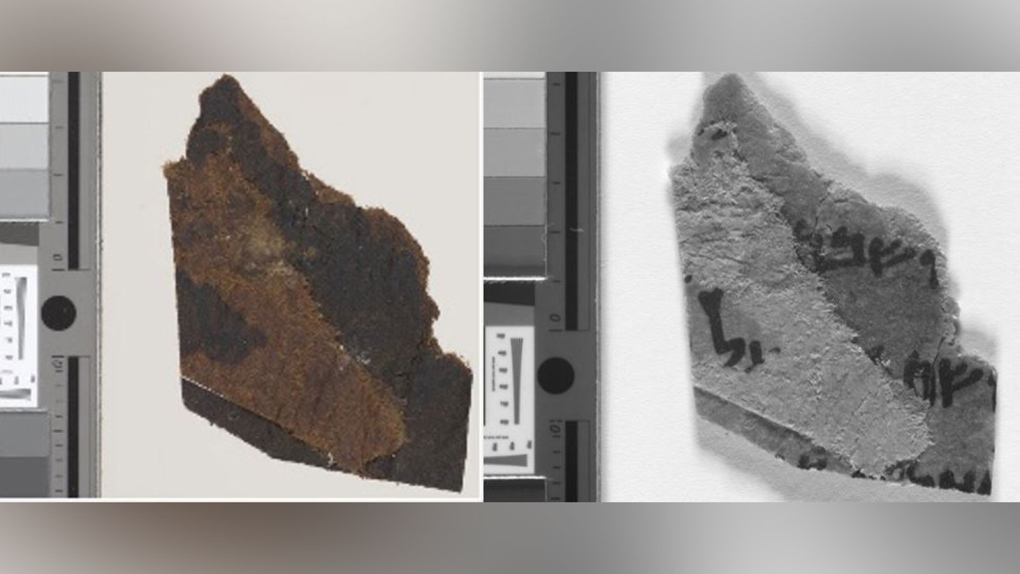 For decades, fragments from the ancient Dead Sea Scrolls were stowed away at the University of Manchester, deemed largely worthless.

Yes, they were still significant as authentic fragments of the coveted scrolls have been hard to come by, but they were blank, and therefore, just scraps of paper.

Researchers have found that four of the 51 fragments believed to have been blank do, in fact, contain readable Hebrew/Aramaic text. They just needed a special camera to see it.

The surprise discovery is notable because scholars have long tried to gain a better understanding of the Dead Sea Scrolls, which are some of the oldest versions of the Hebrew Bible and other religious texts that date to the time of Jesus.

"The most substantial fragment has the remains of four lines of text with 15-16 letters, most of which are only partially preserved, but the word Shabbat (Sabbath) can be clearly read," the University of Manchester said in a statement.

The text may be related to the biblical book of Ezekiel (46:1-3), the university added.

Why they're believed to be authentic

In the 1950s, they were gifted by the Jordanian government to Ronald Reed, a leather expert at the University of Leeds. Reed studied them and published his findings, but he was unable to find any text.

In 1997, the collection was donated to The University of Manchester, but remained relatively untouched until Professor Joan Taylor of King's College London started examining the fragments for a new study recently.

After thinking it was possible that one of the fragments did contain a letter, she photographed all of them using multispectral imaging, revealing text that had been invisible to the naked eye.

"With new techniques for revealing ancient texts now available, I felt we had to know if these letters could be exposed," Taylor said in the statement. "There are only a few on each fragment, but they are like missing pieces of a jigsaw puzzle you find under a sofa."

Researchers are continuing their investigations of the fragments and the results will be published in a forthcoming report, the university said.