Following Neanderthals' footsteps to learn how they lived 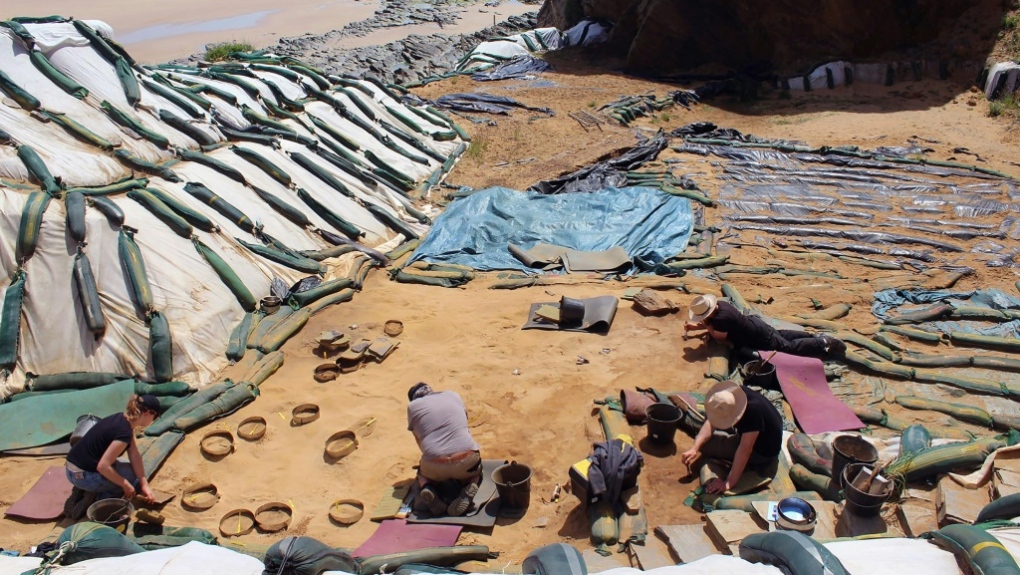 Scientists have reported the discovery of 257 footprints along the Normandy shore in France that were immaculately preserved over 80,000 years, offering major new clues into the social structures of its pre-historic inhabitants. (AFP)

Like modern humans and primates, Neanderthals -- our closest evolutionary cousins -- are thought to have lived in groups, but their size and composition have been difficult to infer from archeological and fossil remains.

Now, though, scientists have reported the discovery of 257 footprints along the Normandy shore in France that were immaculately preserved over 80,000 years, offering major new clues into the social structures of its prehistoric inhabitants.

Their work, published in the Proceedings of the National Academy of Sciences on Monday, suggests the band numbered 10 to 13 individuals, mostly children and adolescents, along with a few very tall, likely male adults, who could have been up to 190 centimetres in height, judging from foot size.

Jeremy Duveau, a doctoral student at France's National Museum of Natural History and one of the study's co-authors, told AFP the footprints were left in muddy soil, then quickly preserved by wind-driven sand when the area was part of a dune system, creating a snapshot in time.

The Rozel site was discovered by amateur archeologist Yves Roupin in the 1960s, but it was not until 2012, when it was faced with the twin dangers of wind and tidal erosion, that annual excavations began with government support.

Tens of meters of sand were extracted with mechanical shovels to reach the layers that were of interest.

The team then switched to brushes to carry out the last phase of the delicate excavation work that led to the identification of 257 footprints between 2012 and 2017, and hundreds more since.

The footprints were found among what the team called "abundant archeological material" indicating butchery operations and stone tool production, and date back to a time when only Neanderthals, not anatomically modern humans, lived in western Europe.

Rapidly-preserved footprints offer an advantage over archeological or fossilized bone remains in estimating group sizes because these can accumulate over time and do not necessarily reflect a single occupation, unless a catastrophic event led to a whole group being killed at once.

Yet this strength is also footprints' main weakness: "They record a kind of snapshot into the lives of individuals over a very short period," said Duveau.

"That gives us some insight into the composition of the group, but it is possible that it represents only those members of the group who happened to be outside at the time."

The question thus becomes: were there so few adult footprints because Neanderthals died young? Or were the adults off somewhere else?

Each of the footprints was photographed and modeled in three dimensions. Casts were taken of a few of them using an elastomer, which is less rigid than plaster.

Thanks to an advanced new chemical technique available to the team since 2017, hundreds of the prints were lifted from the site to be preserved elsewhere.

Those which weren't extracted were "totally destroyed" by the wind, said Duveau.

"The conservation of footprints requires a sort of miracle: we have to get very, very lucky," he concluded.

Before Rozel, only nine confirmed Neanderthal footprints were found in Greece, Romania, Gibraltar and France.

Some of Rozel's casts have already been exhibited, including at the Musee de l'Homme in Paris, and researchers want to find ways to broaden the audience through future exhibits.