Flying cars and talking fridges: 20 predictions for the next 20 years 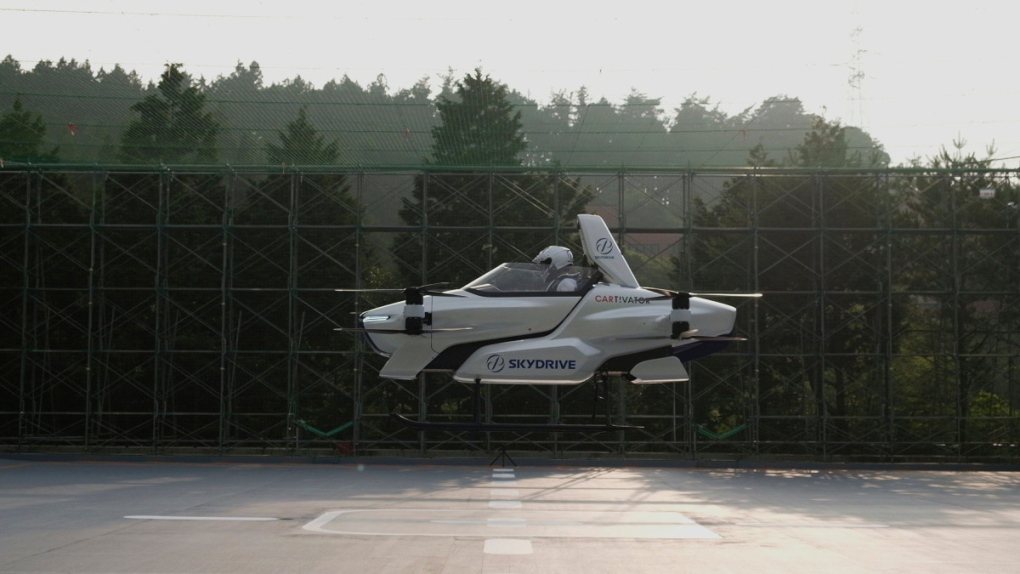 A new report from KPMG analyzing modern-day trends to make 20 predictions for the next 20 years says the rapid pace of science and technology will make the world appear vastly different than the one we have now.

The report, entitled "20 predictions for the next 20 years," suggests that society will become extremely connected by ultra-fast networks and powered by AI.

"Rapid advancements in technology are making science fiction much closer to reality," said digital president and managing partner of KPMG Canada Armughan Ahmad in a release. "Technology is redefining every sector and every aspect of our lives that will make us, and the planet, much healthier."

In a survey of 1,002 Canadians aged 18 years and older from Nov. 1-5 on Delvinia's Asking Canadians panel through its Methodify online research platform, KPMG asked about what they think the future holds.

The majority of Canadians surveyed, 78 per cent, believed "anything is possible" in the near future, with 45 per cent expect cars to be flying by then.

Many supported medical advancements, with 63 per cent expressing support for things like altering DNA to prevent cancer, dementia or other illness. Sixty-seven per cent of Canadians surveyed thought that Canadians living to be 100 would be the norm in 20 years.

More than 90 per cent said the economy needs to become more circular, with nothing wasted – 83 per cent said they were worried about the future food supply due to extreme weather, pollution and loss of farmland.

However, not all those surveyed looked at the future with optimism: 69 per cent said they are somewhat to very worried about what lies ahead in the next 20 years, and 54 per cent worry that humans will lose control to artificial intelligence and robots. Eighty-nine per cent expressed hope that personal privacy and freedoms would not be sacrificed.

"With these new technologies will come an increased need to establish safeguards around the issues of data security, privacy and ethics," said global cyber privacy leader at KPMG Sylvia Klasovec Kingsmill in the release. "Public support for, and trust in, these advances will require government, business, and regulators to build in stringent rules, processes and mechanisms to protect against abuse and ensure the public interest is served. The development of these safeguards will need to occur in parallel with the advances in technology."

Here's a brief rundown of the 20 predictions from KPMG's report:

AI and data analysis will become standard healthcare tools and people will regularly live to be 100. Technological advancements like wearable devices and microchips will be used and genomic medicine will become the norm.

The office as we know it will become virtual and employees will have a bigger say over a company's strategy and social purpose. Stakeholder capitalism will be the norm with corporations having a clearly defined purpose that aligns with shareholder values.

Collecting credentials instead of a university degree or college diplomas will become the norm and post-secondary institutions will use advanced technologies. Employees will focus on high-quality work while robots perform mundane tasks, however government programs will support "workers who are displaced by robots."

A major prediction regards travel, with KPMG projects that air travel will be revolutionized by zero-emission, hyper-fast aircraft that will fly travellers from Montreal to London in two hours. Space tourism will become cheaper, and public and private enterprises will establish space-based industries such as mining.

Virtually everything will be connected to the internet, and will be powered by ultra-fast 6G networks and blockchain. AI will be involved in moviemaking, including scores and the use of body sensors to gauge audience reaction.

Almost everything will go virtual, including banking (no more physical branches) and shopping. Quantum computing will advance and be available anywhere and at anytime.

Innovation in resource use will shift the global economy into a circular one, with precision agriculture, robot farmers and lab-grown meat becoming the norm. Land and water use, along with greenhouse gas emissions will be reduced and insects will become diet staples – climate change policies will be enforced over the next 20 years, making "net zero" a reality.

KPMG predicts that three-quarters of cars will become fully autonomous, along with greener and smaller. Data networks will advance enough to make traffic more predictable.

Technology will be declared a basic human right, and universal access to high-speed internet will be embraced, while more flexible government regulation will be the norm.

Russia said Wednesday that nearly 1,000 Ukrainian troops at a giant steelworks in Mariupol have surrendered, abandoning their dogged defence of a site that became a symbol of their country's resistance, as the battle in the strategic port city appeared all but over.