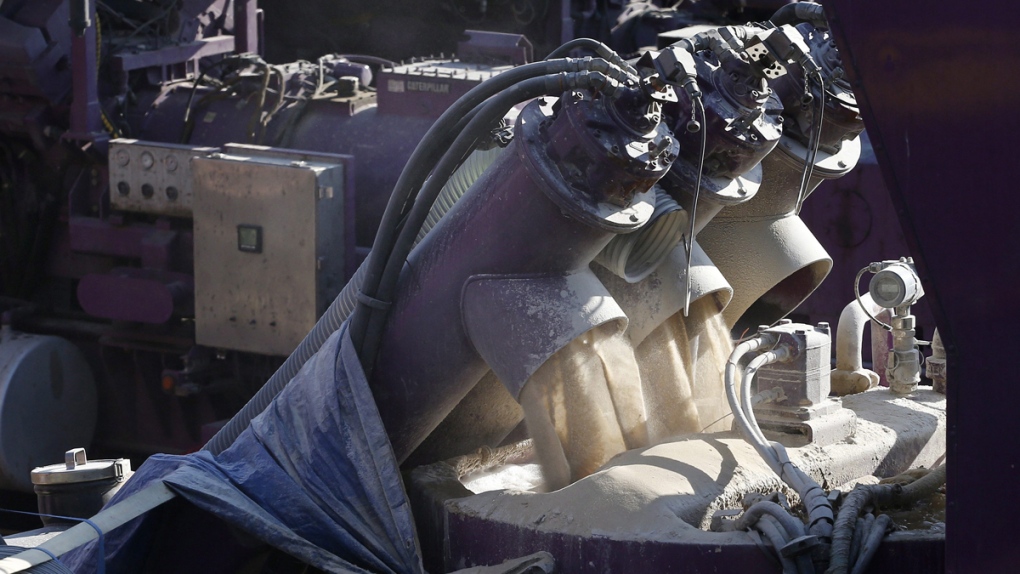 In this March 25, 2014 photo, a machine mixes sand and water, left, before it is pumped underground during a hydraulic fracturing operation at an Encana Corp. well pad near Mead, Colo. (AP / Brennan Linsley)

OTTAWA -- Environmentalists and legal experts are criticizing the federal government's decision to omit toxic chemicals used in fracking from a list that summarizes pollutants going into Canada's air, land and water.

Environment Canada says such chemicals aren't used regularly enough or in large enough quantities to be added to the National Pollutant Release Inventory.

Critics say the public has a right to know what's being injected below the surface that may end up in groundwater.

A recent report from a major scientific panel said lack of public disclosure of such chemicals is a roadblock in understanding the environmental effects of fracking, which releases oil and gas by fracturing the rock around it.

Environment Canada says it is continuing to study the issue.