Fat, flightless parrot named Bird of the Year after a campaign tainted by voter fraud 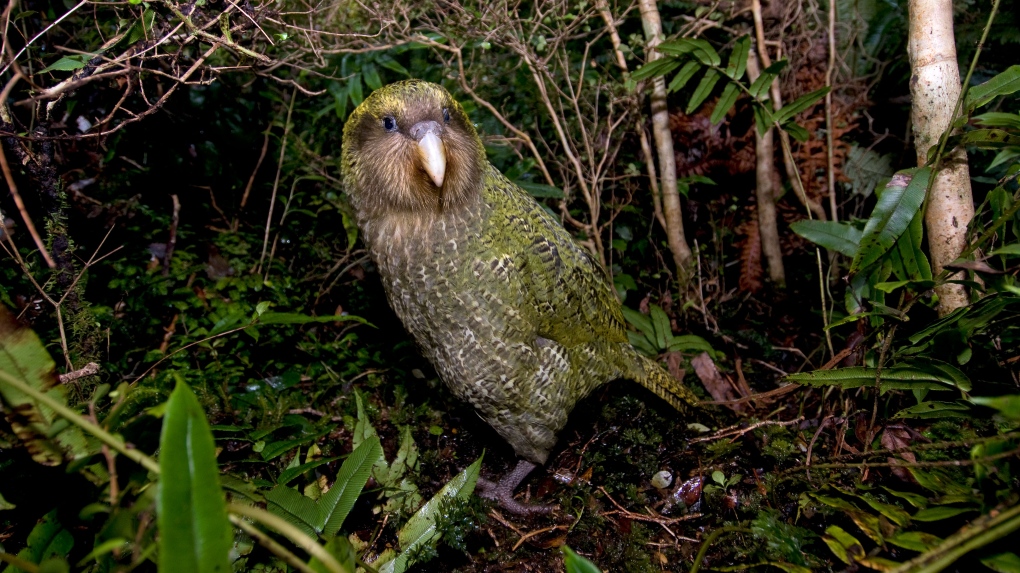 The kakapo snatched victory in a controversial race for the title. (Paul Nevin/Oxford Scientific RM/Getty Images/CNN)

A lengthy and bitter election campaign that dragged in competing interest groups and was sullied by a voter fraud scandal came to an unlikely end on Monday, when a fat, flightless and nocturnal parrot stunned pundits to claim an upset victory.

The kakapo, officially the world's heaviest parrot, won New Zealand's Bird of the Year vote after a weeks-long campaign that rivaled human political contests in intensity.

It became the first bird to win the contest for a second time -- a feat not explicitly prohibited by the country's constitution -- and snatched victory thanks to the competition's unique and convoluted voting system, having lost the outright popular vote to the Antipodean albatross.

"In a stunning upset the kākāpō swoops in from behind to claw the title of #BirdOfTheYear 2020 away from competition front-runner," Forest & Bird, the environmental group that organizes the annual contest, announced on social media on Monday.

But this year's event became particularly controversial after organizers detected that more than 1,500 fraudulent votes, cast using fake email addresses traced back to the same IP address, briefly pushed the little spotted kiwi to the top of the leaderboard.

Amid a flurry of endorsements for various contenders, sex toy retailer Adult Toy Megastore backed the hihi, which it said practices "consensual polyamory."

And campaigners for the different contenders sought to canvass votes across various media, with supporters of the takahe -- a large, flightless rail -- creating a TikTok account to boost youth turnout.

Ultimately, however, the defeated favorites graciously conceded defeat to the kakapo, which previously won the award in 2008.

"It's been a tight race throughout the election period, but @team_kakapo Kākāpō snatched victory from the beak of defeat and overtaken us in the instant-runoff voting at the end," the "Albatross for Bird of the Year" campaign wrote on Twitter.

Organizers said more than 55,000 people voted in the competition, which is ostensibly used to highlight the plight of New Zealand's endangered bird species but frequently leads to partially tongue-in-cheek tussles between campaigns and attempts at vote-rigging.

In 2018, hundreds of dubious votes were detected for the shag, and the previous year more than 100 fraudulent votes were logged for the white-faced heron.

The kakapo, which prevailed on Monday, is a hefty, loud parrot with a distinctive scent, which was brought from the brink of extinction in the 1990s but remains endangered.

"It's like its feathers have been dipped in a musky array of essential oils that could come straight from a Middle Eastern perfumier," the competition's website wrote.

The contest also showcased a number of other unusual candidates, including the morepork or ruru -- described by Forest & Bird as "somewhat of an enigma" -- and piwauwau or rock wren, which demonstrates "true mountain bravery."

"Unfortunately, many of New Zealand's native birds are in trouble and need your help," Forest & Bird wrote when announcing the winner. "Their habitats are being destroyed or degraded by introduced predators, pollution, human development, and climate change."