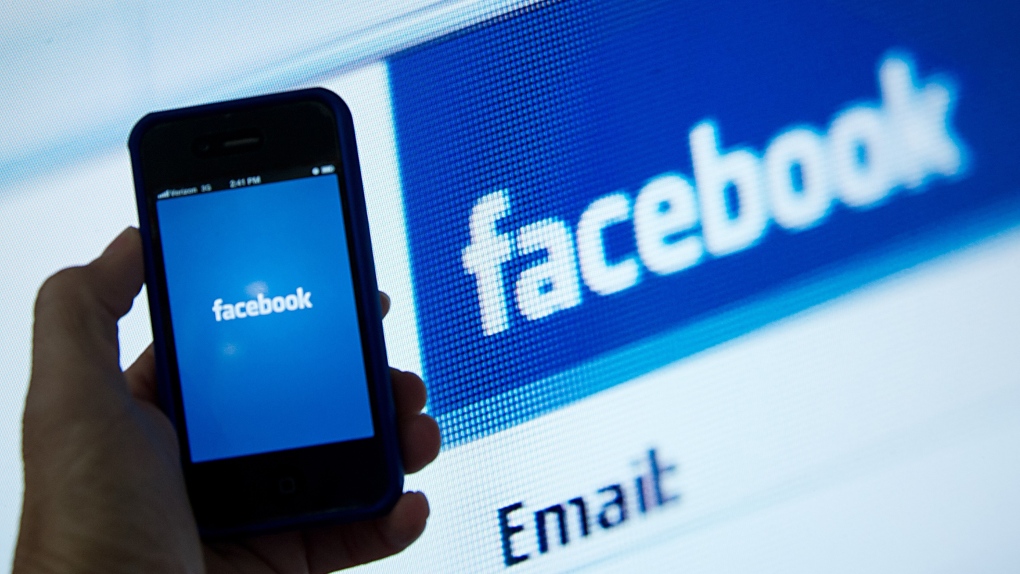 A view of an Apple iPhone displaying the Facebook splash screen. (Karen Bleier/AFP)

OTTAWA -- Six Canadian people and groups involved in "organized hate" have been banned from having any further presence on Facebook and Instagram.

Also banned are the Canadian Nationalist Front and its chairman Kevin Goudreau, Aryan Strikeforce, Wolves of Odin and Soldiers of Odin (also known as Canadian Infidels).

Facebook is imposing the ban after concluding the six spread hate and urge attacks on or exclusion of others based on their identity, in contravention of the social-media giant's policy on dangerous organizations and individuals.

Such individuals and organizations "have no place (on) our services," a Facebook spokesperson said Monday.

"Our work against organized hate is ongoing and we will continue to review individuals, pages, groups and content against our community standards."

Goldy provided sympathetic coverage for Rebel Media of the 2017 white-supremacist rally in Charlottesville, Va.; Rebel Media subsequently "said goodbye" to her for taking part in a podcast on a neo-Nazi group's website. She ran a distant third in Toronto's mayoral race last year.

She responded to the ban on another social-media platform, Twitter: "Our enemies are weak & terrified," she wrote. "They forget most revolutions were waged before social media!"

In February, Goldy was among those who spoke to a convoy of truckers and others on Parliament Hill. They were protesting federal policies on pipelines, carbon taxation and immigration; their ranks included some so-called Yellow Vesters espousing anti-immigration and white-nationalist messages and accusing Prime Minister Justin Trudeau of treason. Conservative Leader Andrew Scheer and People's Party of Canada Leader Maxime Bernier also addressed the protesters.

Goldy has "a pretty clear track record of racist, anti-Semitic and white-supremacist messaging," said Immigration Minister Ahmed Hussen. "I don't think it takes a lot to figure out you shouldn't be sharing a stage with that kind of individual."

Hussen called on all politicians to disassociate themselves from anyone who promotes hatred against others.

Scheer, in turn, accused the Liberals of raising the issue in a "disgusting attempt" to deflect attention from the SNC-Lavalin affair.

"We will always denounce those who promote hateful ideologies while standing up for energy workers and fighting for their jobs," he told the House of Commons.

Democratic Institutions Minister Karina Gould has been consulting with social media giants about how they intend to police their platforms to weed out hate and incitements to violence, as well as malicious foreign and domestic actors attempting to sow discord or manipulate the outcome of this fall's federal election. She said Monday she's not happy with the progress they've made so far and suggested regulations will eventually need to be imposed.

"I would note that the U.K. has released a white paper today with regards to regulating social media and what that looks like. We are having active conversations with our partners and allies around the world as to what this would look like in the Canadian context," Gould said.

"The days of self-regulation are over," he said.