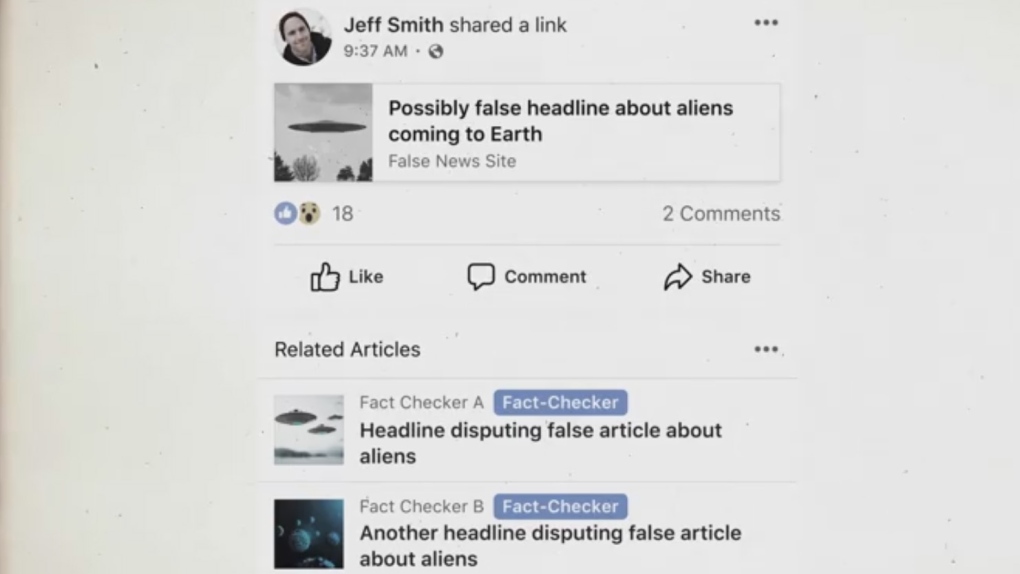 An example of Facebook's feature for fighting fake news is shown in this screenshot.

NEW YORK -- Facebook says it is changing how it identifies "fake news" stories on its platform to a more effective system.

The social-media network had put "disputed" labels on stories that fact-checkers found false. Instead, now it will bring up "related articles" next to the false stories that give context from fact-checkers on the stories' problems.

Facebook said Wednesday that in its tests, fewer hoax articles were shared when they had fact-checkers' articles spooled up next to them than when they were labeled with "disputed" flags.

The new approach also may help speed up the fact-checking system, which sometimes worked too slowly . Now information from just one checker can be shown next to the false story. The labeling system required two fact-checkers.