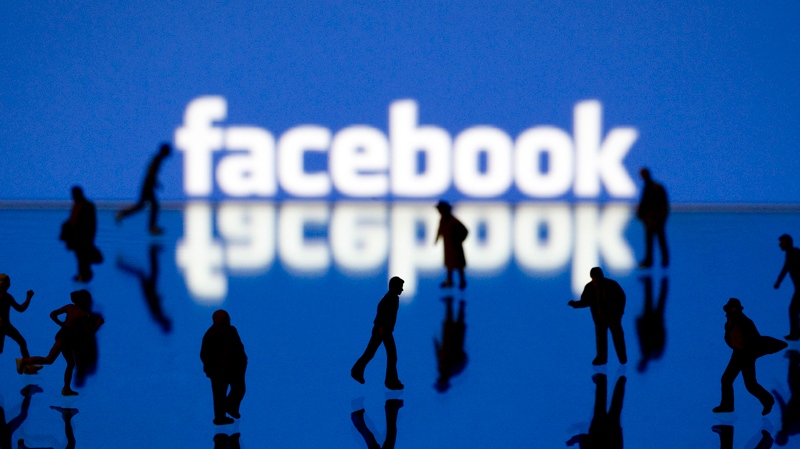 A lab that is a partnership between Facebook and NYU will work on 'machine learning,' -- a branch of artificial intelligence. (AFP PHOTO / JOEL SAGET)

The California-based tech giant named professor Yann LeCun of NYU's Center for Data Science to head up the project.

"As one of the most respected thinkers in this field, Yann has done groundbreaking research in deep learning and computer vision," said Mike Schroepfer, Facebook's chief technology officer. "We're thrilled to welcome him to Facebook."

Facebook, the world's biggest social network with more than a billion members, is building the team across three locations -- New York, London and its headquarters in Menlo Park, California.

The lab will work on "machine learning," -- a branch of artificial intelligence that involves computers "learning" to extract knowledge from giant data sets.

LeCun, a French-born mathematician and computer scientist, said in a blog post that he was pleased to head up the project with "the ambitious, long-term goal of bringing about major advances in artificial intelligence."

"I am thrilled to announce that I have accepted the position of director of this new lab," LeCun wrote. "I will remain a professor at New York University on a part-time basis, and will maintain research and teaching activities at NYU."

Facebook chief and co-founder Mark Zuckerberg spoke of the plans during a call in October to discuss the company's quarterly earnings.

Zuckerberg said a working group was formed in September "to do world-class artificial intelligence research using all of the knowledge that people have shared on Facebook."

"The goal here is to use new approaches in AI to help make sense of all the content that people share so we can generate new insights about the world to answer people's questions," Zuckerberg said at the time.

He added that one of the goals was "to build services that are much more natural to interact with and can help solve many more problems than any existing technology today."

LeCun is a professor at NYU's Courant Institute of Mathematical Sciences and is the founding director of the university's Center for Data Science.

He is known for creating an early version of a pattern-recognition algorithm which mimics, in part, the visual cortex of animals and humans.

The algorithm helped allow AT&T's Bell Labs to deploy a check-reading system that by the late 1990s was reading about 20 percent of all the checks written in the US, according to NYU.

LeCun is set to start the job in January.

Facebook joins other Internet firms like Google and Microsoft in researching artificial intelligence, which could help in delivering improved search results and in new products ranging from video games to driverless vehicles.