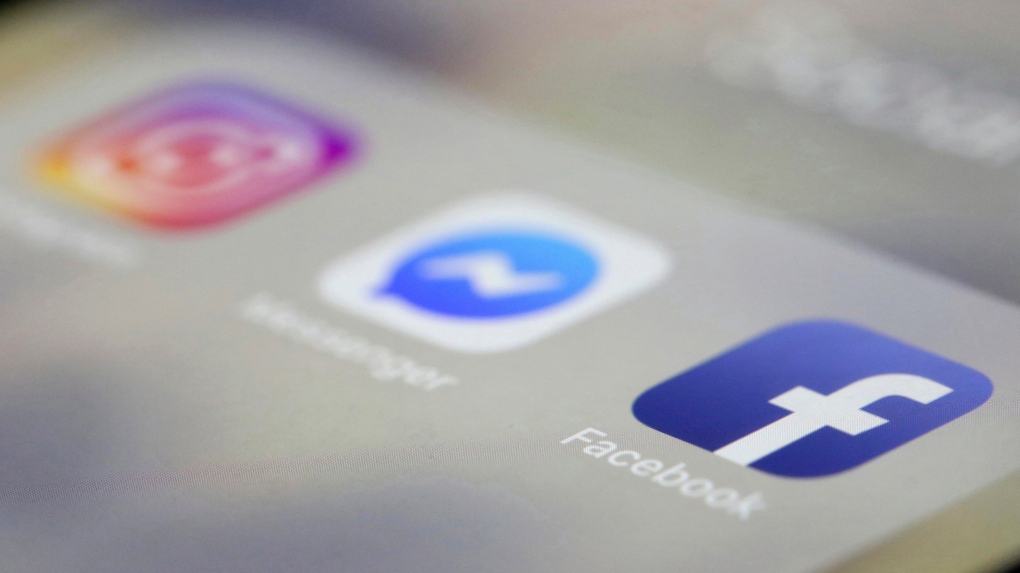 In this March 13, 2019, file photo Facebook, Messenger and Instagram apps are are displayed on an iPhone in New York. (AP Photo/Jenny Kane, File)

According to traffic-monitoring website DownDetector, the outage was first noticed at 6:28 a.m. EDT. Users started heading to other social media platforms to report issues accessing the services moments later as reports of outages filtered in from parts of North America, Europe, Asia and Africa.

The services appeared to start returning for some users around 9 a.m. EDT.

There was no immediate word on the cause of the outage from Facebook, which owns all three services.

Facebook blamed a server configuration issue for an outage that affected significant parts of North America and Europe last month.