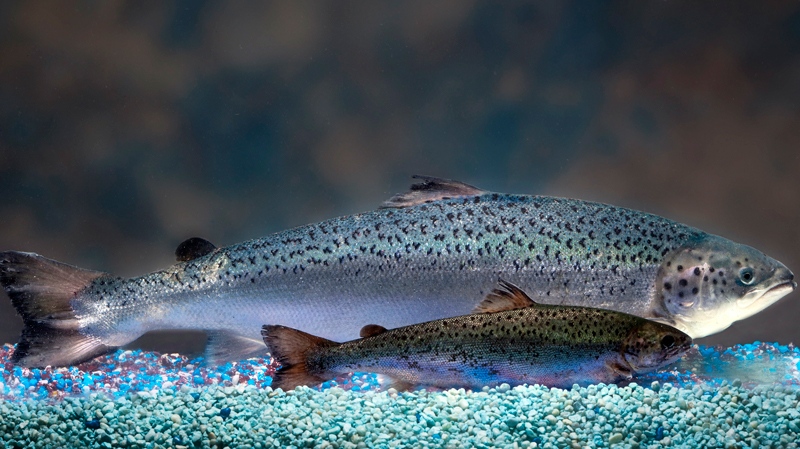 MONTREAL - Environmental groups say what is believed to be the first shipment of genetically modified salmon in Canada likely ended up on the plates of Quebec consumers.

An investigation by three groups found that 4.5 metric tonnes of the genetically modified fillets were shipped from Panama to Quebec.

They used federal government import statistics to match claims by U.S.-based company AquaBounty Technologies it sold the product between April and June of this year.

Panama is the only place the company produces genetically modified salmon.

Thibault Rehn of Montreal group Vigilance OGM says it's unclear who ended up purchasing the salmon as most major grocery stores told the groups they weren't selling the fillets at their seafood counters.

Environmental groups say consumers have a right to know what they are eating.