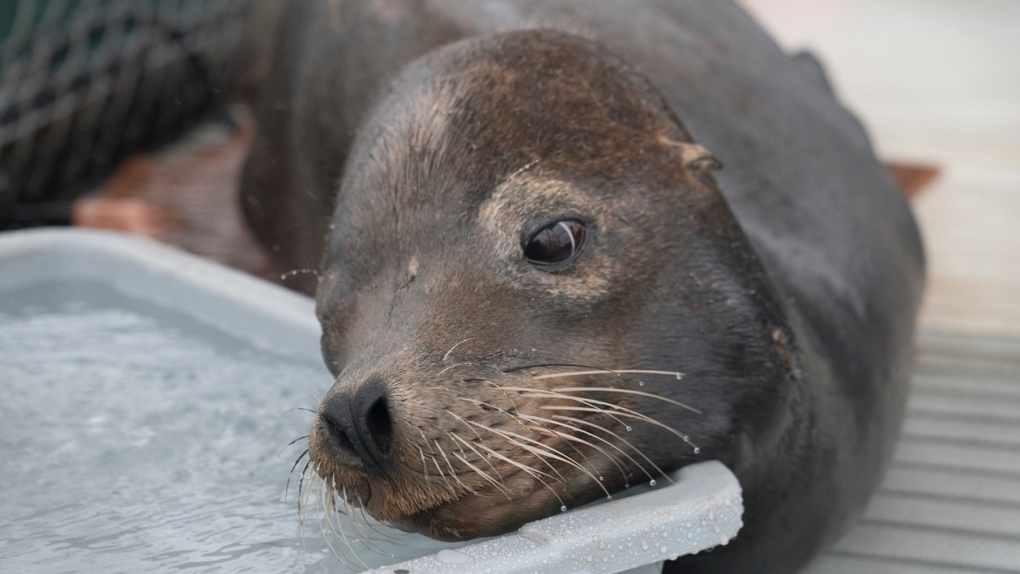 VANCOUVER -- A sickly California sea lion is recuperating at the Vancouver Aquarium Marine Mammal Rescue Centre after it was rescued from a Vancouver Island beach.

The manager of the rescue centre says a number of people called to report the emaciated sea lion after it had not moved from the beach near Campbell River for several days.

A team from the centre, along with Fisheries and Oceans Canada personnel assessed the animal and it was transported to the centre's facility in Vancouver last week.

The centre says the sea lion, a male estimated to be about three or four years old, weighs just 100 kilograms and is dehydrated and emaciated.

It also has some abnormalities in its blood that may suggest kidney problems but the aquarium's head veterinarian Dr. Martin Haulena says many of the symptoms are consistent with prolonged malnutrition.

Rescue centre manager Lindsaye Akhurst says members of the public who called in to report the animal did the right thing.

"Sea lions are large, wild animals and can be unpredictable," she says in a news release.

Anyone spotting a marine mammal that appears to be in distress is urged to stay back, keep pets and other people away and call the centre.

California sea lions breed off the coast of Southern California and the Baja Peninsula and the centre says large numbers migrate north to B.C. during the non-breeding season

Sea lions have been heavily hunted along the Pacific coast, but were protected in the 1970s and the centre says the current population is considered healthy