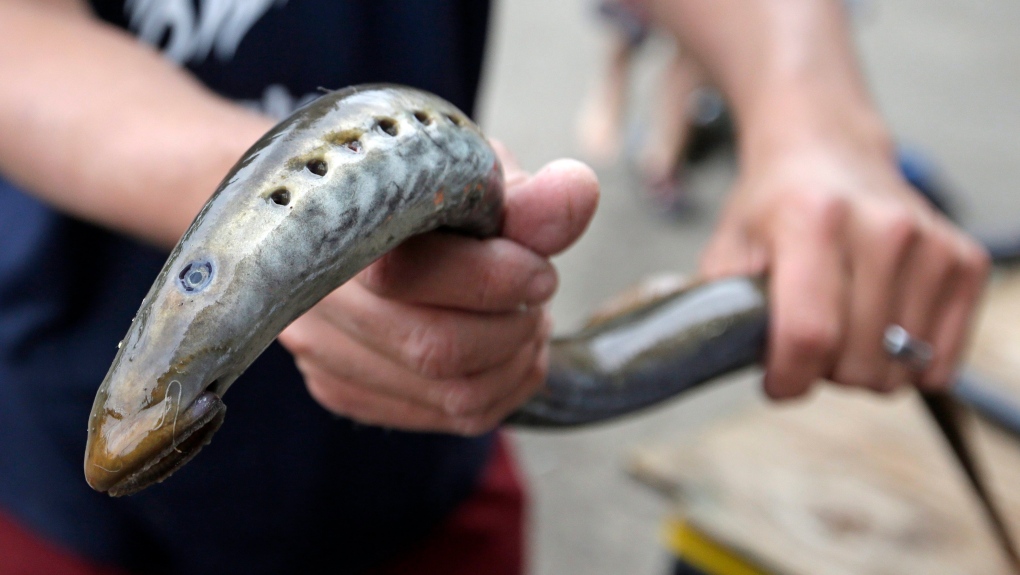 A tribal fisherman holds a lamprey after it was caught along the Willamette River at the Willamette Falls during the annual Lamprey harvest Friday, June 17, 2016, south of Portland, Ore. (AP Photo/Rick Bowmer)

ANN ARBOR, Mich. - Officials say populations of fish-killing sea lamprey remain at near-historic lows in Lakes Michigan and Ontario but are above target levels in Lakes Huron, Superior and Erie.

The Great Lakes Fishery Commission issued a progress report Tuesday on containing the parasitic lampreys, which invaded the lakes in the last century from the Atlantic Ocean and threatened trout and other native species.

They use suction-cup mouths and razor-sharp teeth to feed on blood and body fluids of other fish, usually killing their hosts.

The commission says Lake Huron populations are close to target levels and have held steady the past five years.

Although above target, numbers in Superior and Erie have dropped significantly since near-record highs were observed in 2017.