Drone racing poised to take off in Canada 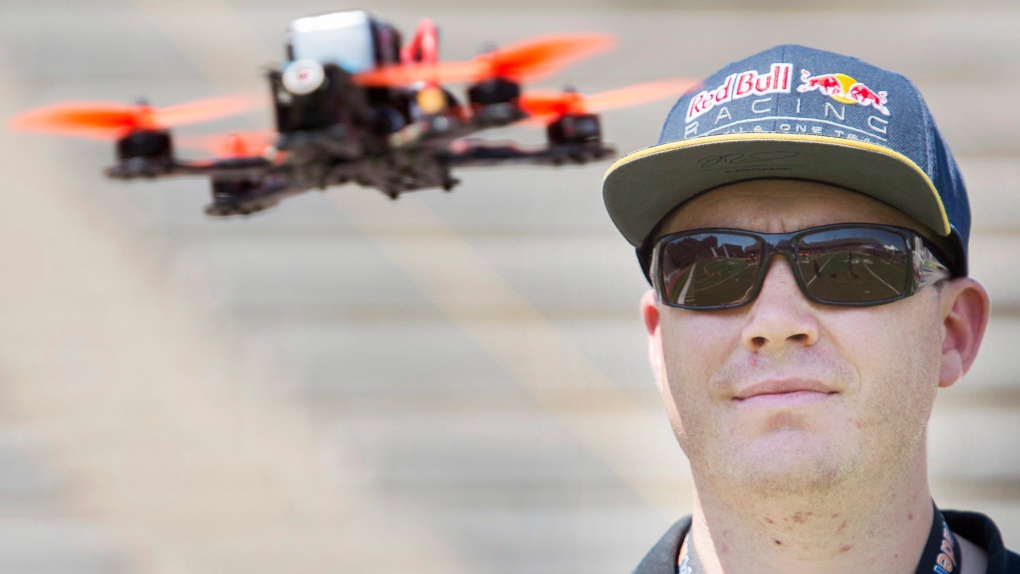 MONTREAL -- It's high-speed, high-tech racing where mid-air crashes are common -- but luckily, these pilots keep both feet on the ground.

It's all part of the fast-growing world of drone racing, where participants don goggles that are linked to the drone's camera, giving them a live first-person view as they weave their small multi-propellered aircraft around a race course at top speed.

"When I was a kid I really wanted to be a bird, or superman, and this is the closest you get to get that feeling," said Jason Mainella, an organizer for the Montreal Drone Expo.

"When you put on the virtual goggles you get almost an out-of-body experience."

On Saturday, several dozen pilots attended the event, held at a local football stadium, to test their skills and try to qualify for bigger races, such as the Drone National World Racing Championships and the International Drone Racing North American Cup.

With about 50 participants, Mainella says Saturday's event to be among the biggest held in Canada thus far for a hobby -- some call it a sport -- that has been growing by leaps and bounds.

Mainella says that although drones have been around for about 4 years, racing has only grown to prominence in the last six months, spurred by improvements in technology and the rising popularity of drones.

As cameras have improved, internet live-streaming of events has made it possible to attract larger audiences and the attention of sponsors.

The first $1 million event was held in Dubai in March, and sports broadcaster ESPN announced in April that it will add drone races to its TV lineup beginning later this year.

In Montreal, the local FPV (first person view) drone club has been attracting 50 to 60 new members a day, and Mainella believes the event held Saturday could quadruple in size by next year.

Professional drone pilot Ryan Walker said he was instantly hooked on racing after winning his first beginner contest a year ago.

Most races involve 6 to 8 drones that careen wildly around the turns, emitting high-pitched whines and occasionally crashing as they try to complete laps as fast as possible.

Formats can vary, but the winners are usually either the pilots who complete the most laps in a set time, or the ones with the fastest three consecutive laps.

Walker builds his own drones, which he says can reach 130 km per hour.

However, he says newbies can buy ready-made machines and get the hang of flying in a couple of weeks.

He says crashes are frequent, but it's all part of the fun.