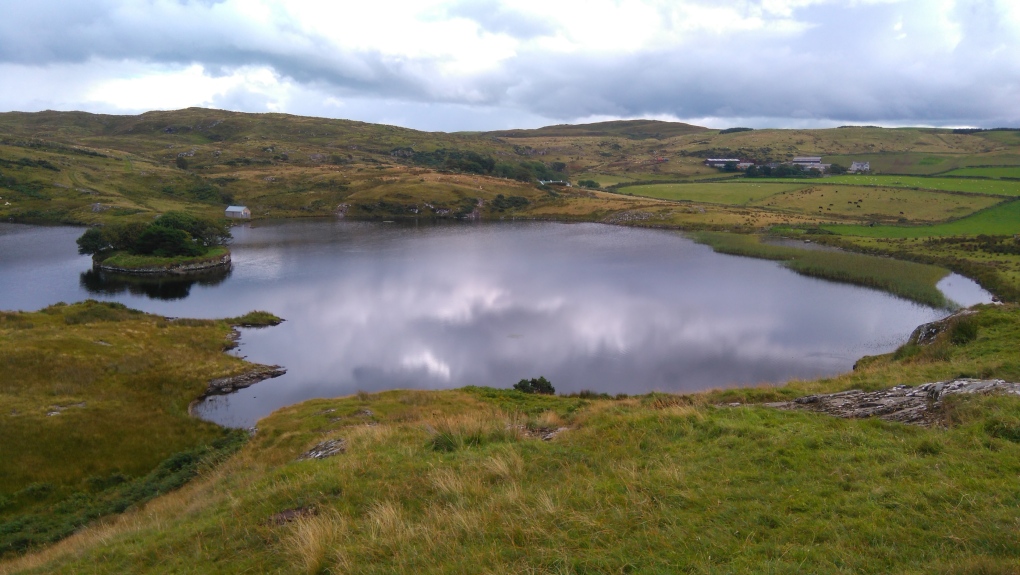 The findings were outlined in a study, published Wednesday in the journal Antiquity, that focused on ancient artificial islands known as crannogs, which were built on top of lakes and used across the British Isles from the Neolithic period to the 16th century.

The researchers conducted DNA analysis of samples found inside sediment cores obtained near crannogs using a process known as "sedaDNA." The crannogs involved in the study were located around White Loch of Myrton in Scotland, and Lough Yoan in Northern Ireland.

The evidence showed that these crannogs were likely the centres of power in these societies, used by "high status" members of this ancient society and stocked with resources.

DNA belonging to cows, sheep and goats were found in these sediments, suggesting that these animals were kept on the crannogs for food. Bone fragments were also found, indicating that animals may have been slaughtered there for feasts or ceremonies.

"Focusing more specifically on crannogs, the frequent identification of ‘high-status’ activities and goods on some of these sites not only supports their role as places for the protective custody of valuable resources, but also suggests a degree of social exclusion combined with the display of power and wealth," the researchers wrote.

The researchers say the sediment cores also showed evidence of waste and pollutions as a result of the activities on these crannogs. Examining pollen and plant data showed evidence of environmental change that came with deforestation to build the crannogs and land-clearing to raise livestock.

Evidence that the lakes were enriched with phosphorous and possibly nitrogen was also found. This suggests that the inhabitants polluted the lakes with organic matter, such as human and animal waste.

The research team is already working on examining DNA samples from more crannogs. And while crannogs are only found in the British Isles, they say the sedaDNA tools and the methodology they used can have further applications in examining other ancient dwelling sights near bodies of water.