Did Zoom start a tech battle over video conferencing? 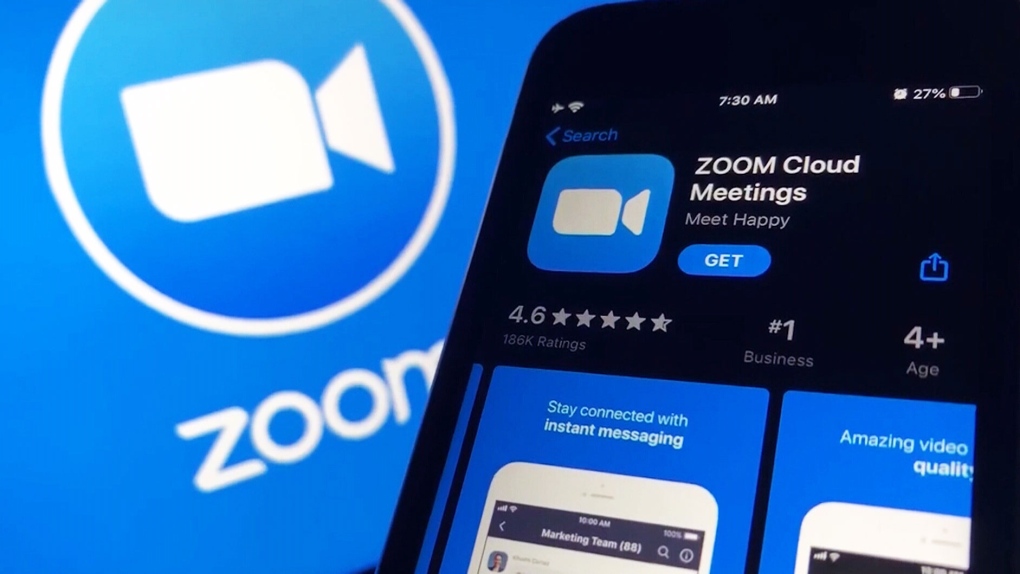 The Zoom app is pictured in this file photo.

Before a pandemic forced millions around the world into lockdown, the phrase "video conferencing" generally conjured up an image of stuffy corporate meetings with people unable to physically be in the boardroom.

But the coronavirus, in a matter of weeks, turned a work tool into the backbone of our social lives. And as millions of people participate in virtual birthday parties, religious events, school and college classes, the tech industry is racing to win over a new and rapidly growing user base — even though it's unclear how long people will need or want to live out so much of their lives on camera.

"We may have accelerated five to seven years' worth of adoption behavior," said Wayne Kurtzman, research director for social and collaboration at IDC. "Everyone was forced to do a seven-year plan in two weeks."

Zoom has been an early frontrunner, reaching hundreds of millions of daily meeting participants and becoming the go-to service for people trying to stay connected during quarantine. The company will report earnings for the three months ending April 30 on Tuesday, where it is expected to give the first official indication of just how large its surge in usage has been during the pandemic -- and offer perhaps the clearest glimpse yet at the overnight potential for the market. It's also Zoom's first earnings report since freezing new feature rollouts to shore up its security and privacy after a series of controversies.

More established rivals such as Cisco's Webex and Microsoft Teams have also seen a spike in growth, and Google and Facebook are rejiggering their video offerings to meet the moment, with new services that mimic some of Zoom's most popular features.

It's become the tech industry's next big battleground, and one where it isn't that lonely at the top.

"I see room for multiple vendors at the top of the conferencing space," said Kurtzman. "They will each serve very real purposes in the market, but the winners will be whoever can be the easiest to use, the easiest to get value with, and the easiest to integrate to other applications needed in and outside the workplace."

Google has not revealed how many businesses currently use Google Meet, but its G Suite, which includes the video conferencing service, is used by 6 million businesses around the world. The company made several of Meet's premium features free to use through the end of September.

Facebook is touting its new video conferencing service, Messenger Rooms, as more of a consumer tool, but Kurtzman says it could also "be effectively used by small businesses who can't afford a stronger solution." The company also expanded video calling on its mobile messaging service, WhatsApp, touting the service's end-to-end encryption in an apparent swipe at Zoom's troubles on that front.

Zoom carved out its place in a crowded market using a "freemium" model — with no fee for meetings up to 40 minutes and 100 participants — betting that users would convert to subscriptions thanks to its superior user experience. While that strategy has worked well so far, the free offerings from Google and Facebook could potentially siphon off some of the non-business user base.

Several companies — including Facebook and Twitter — have suggested that remote working could become the permanent norm for many of their employees. But there are still question marks over whether the sudden video boom will outlast the pandemic, as countries and states gradually begin to emerge from lockdown. Many workers will likely either have to go back to offices or will choose to do so rather than living their entire lives on video, meaning demand for these services could drop.

"Video is going to be used more, but it will also be overused more. The trade-offs of being always-on and connected apply just as much or more to video," said Adam Preset, senior analyst for digital workplace at research firm Gartner. "For some, a long day of video meetings at work is going to make video happy hour with friends much less enticing."

And as Zoom has learned the hard way, having a product seen as versatile and easy to use may not be enough to keep users happy. A host of security issues emerged in early March, including controversies over the level of encryption it provides and the practice of "Zoombombing" — where trolls interrupt meetings to share profanity or pornography — prompting scrutiny from US authorities and temporary bans from schools in New York City and Singapore.

Zoom responded by scrambling to make fixes, suspending all new features for a period of 90 days in order to focus on privacy and security measures. That 90-day period is set to conclude at the end of next month.

"All video vendors ultimately have security issues they need to resolve," said Preset. "Short term fixes without the right motivation can be just damage control. There's really no rest if a vendor wants to retain its customer's trust and preserve its own reputation."

While Zoom appears to be holding steady so far, Preset says the effects of new rivals with deep pockets may take a while to play out. "One signal will be your next colleague, friend or family member who invites you to meet in something other than Zoom," he said.

But the uncertainty of how long the pandemic and lockdowns will last, and whether the video boom can outlast them, might give some companies pause before going all-in.

"In enterprise, the video battle has been raging for some time between a few of the most well-known technology companies," said Preset. "Now what we're seeing is a spillover as video calls become more necessary and more prominent for consumers. It's risky to join this fray right now."