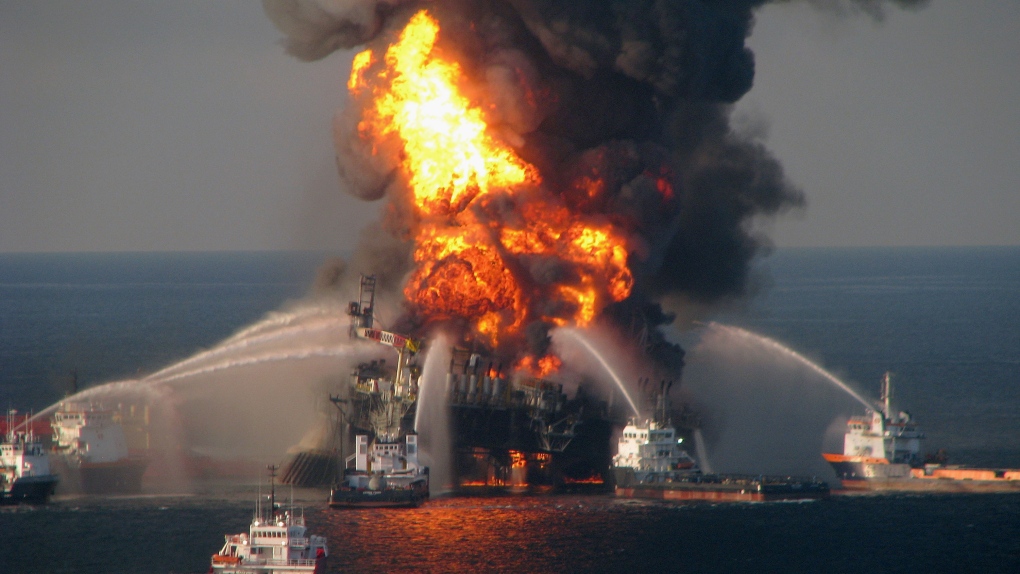 Approximately 168 million gallons of oil were released into the Gulf of Mexico following the 2010 Deepwater Horizon disaster. (U.S. Coast Guard via Getty Images)

Nearly 10 years after the Deepwater Horizon oil spill, a study suggests "invisible and toxic oil" made the spill much worse than some experts have estimated.

The study, published Wednesday in the peer-reviewed Science Advances journal, says satellites were not able to fully detect oil in large areas of the Gulf of Mexico.

The 2010 oil spill, considered one of the worst environmental disasters in U.S. history, was triggered by an explosion on the BP-contracted Transocean Ltd. Deepwater Horizon rig that killed 11 workers on board and released approximately 168 million gallons of oil in the Gulf of Mexico.

Claire Paris-Limouzy, a professor of ocean sciences at the University of Miami Rosenstiel School and co-author of the study, told CNN the spill was about 30% larger than estimated. It reached the Texas shore, the Florida Keys, the coast of Tampa and parts of the east coast of Florida, according to the study.

At some point, 22, 9270 square kilometres (88,522 square miles) of the Gulf of Mexico were closed to fishing because of the spill, according to a federal report on the oil spill.

A spokesman with BP declined to comment on the study's findings. When reached by CNN on Wednesday, Transocean Ltd. deferred all comments to BP.

Paris-Limouzy and her colleagues used three-dimensional computer simulations to track the oil. She explained the discrepancy between their results and previous estimates is because of smaller concentrations of oil that are often invisible to satellite imagery.

"When the oil comes to the surface, it comes as a thick layer that you can easily see it with a satellite," she said.

"You can actually smell it but can't actually see it," Paris-Limouzy added, referring to the smaller droplets of oil.

Paris-Limouzy said she hopes their research spreads awareness about the potential magnitude of oil spills and shows that satellite imagery is not enough to analyze such events.

"Satellite imagery it's great but it's not enough to fully understand oil spills," she said.