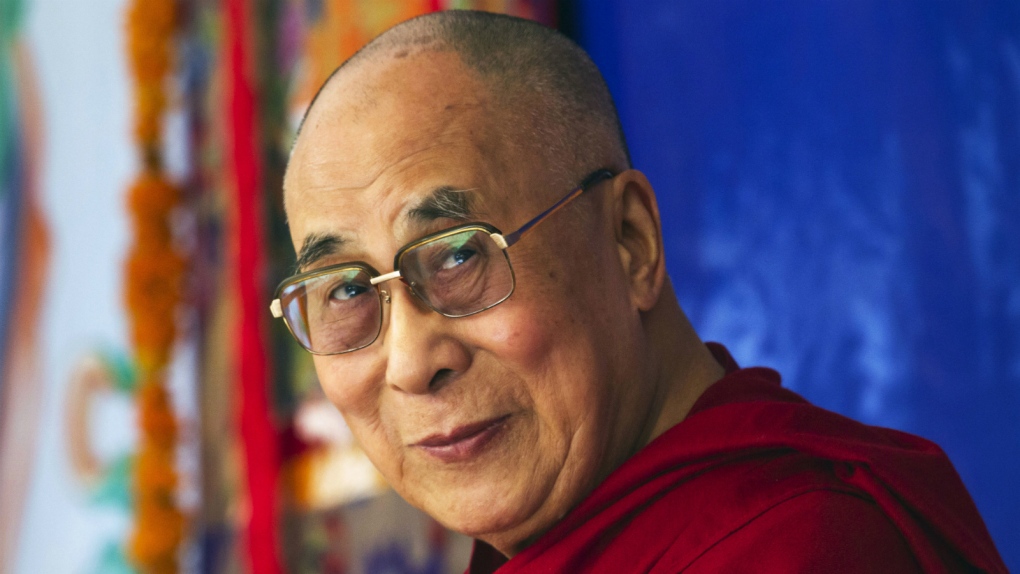 Calling climate change a "problem which human beings created," the 80-year-old Tibetan Buddhist spiritual leader said all of humanity was now responsible for taking action. But instead, he said, "we are relying on praying to God or to Buddha. Sometimes I feel this is very illogical."

He issued his plea in a pre-taped video released as part of a campaign launched by the Tibetan government-in-exile in the north Indian hill town of Dharmsala, where the Dalai Lama has been based since fleeing a Chinese military crackdown in Tibet.

The government-in-exile said the campaign would continue through this year's U.N. climate change talks, where nations hope to conclude a new treaty for limiting climate-warming gas emissions. The exiled government will also send its own delegate to the talks, which start Nov. 30 in Paris, though it will not have a vote of its own.

"This is not a question of one nation or two nations. This is a question of humanity. Our world is our home," the Dalai Lama said. "There's no other planet where we may move or shift."

Acknowledging his advanced years, the Dalai Lama appealed to younger generations to "take a more active role in protecting this planet, including the Tibetan plateau."

Temperatures for Tibet's high-altitude plateau - referred to as the Roof of the World - are rising about three times faster than the global average, and are 1.3 degrees Celsius higher than they were 50 years ago. The Himalayas are also called the Third Pole, referring to the fact that they are covered in snow and ice and are particularly susceptible to climate change, like the North and South poles.

The government-in-exile also argued that Tibetans should be restored as the "true stewards" of the plateau, which has been under Chinese rule for decades and where Tibetans accuse Beijing of mining indiscriminately while forcing nomadic communities to move elsewhere.

"Tibetans must have a say on what happens on their land," said the exiled government's prime minister, Lobsang Sangay. "Tibetan nomads are the expert custodians of the alpine pastures, and their knowledge and experience must be recognized."

China has long understood the plateau's environmental importance and vulnerability, with some 40 per cent of the world's fresh water locked into the frozen Himalayan glaciers and feeding seven major rivers that run through China, Nepal, India, Pakistan and Bangladesh.

The Chinese Academy of Sciences studies environmental and climate change from its Institute of Tibetan Plateau Research in the region - a 2.5 million-square-kilometre (966,000-square-mile) area that includes the Tibetan Autonomous Region as well as most of China's Qinghai province, parts of Sichuan and the southern Uygur Autonomous Region of Xinjiang.

Up to 70 per cent of the plateau is covered in permafrost, with large reserves of both carbon dioxide and methane trapped within the ice. Scientists say thawing could release long-stored emissions of both greenhouse gases. Methane can be 30 times more potent than carbon dioxide at trapping Earth's heat.