Coastal vegetation is a natural sea defence and should be given more attention: study 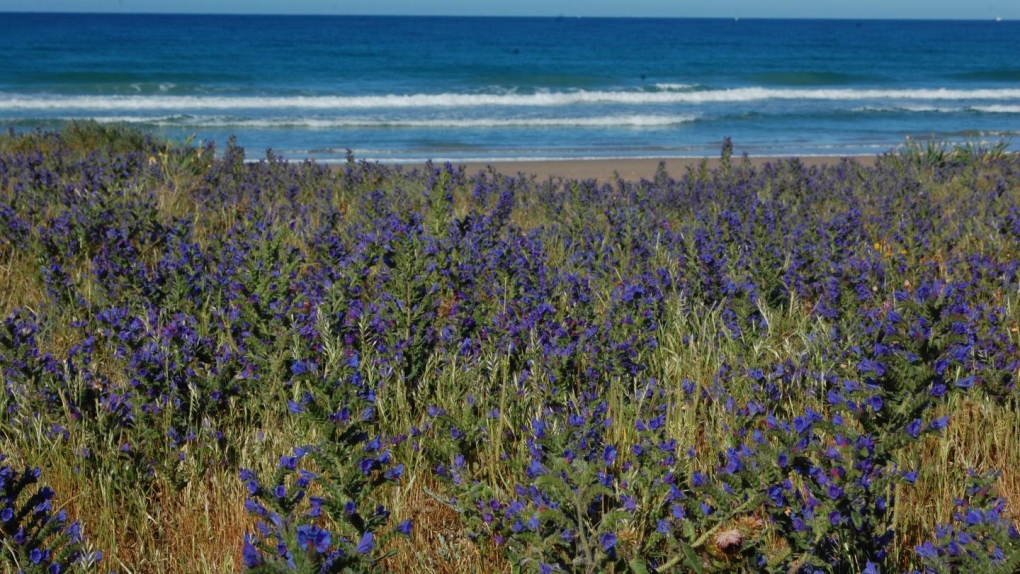 TORONTO -- A new study taking a deep dive into the way climate change is affecting coastal plants suggests that the scientific community and policymakers should put a greater focus on coastal vegetation when it comes to global sea defences.

“Rising sea levels and the increased frequency and intensity of extreme storm events are having a visible, global impact on beaches, cliff faces and coastal infrastructure,” a press release on the study reads.

The University of Plymouth led the research, which was published last month in a special edition of the journal Annals of Botany. The report builds on the findings of numerous previous studies, including a report put out in 2019 by the Intergovernmental Panel on Climate Change that looked at the ocean and cryosphere in relation to climate change.

Although the way climate change impacts coastlines has been discussed before, coastal plants have not often been factored into the discussions. This recent report focuses on the ways that climate change has impacted coastal environments, and how the very plants that are threatened the most are those at the frontlines of erosion protection.

One of the biggest threats to coastal plants in particular is large scale storm events such as hurricanes, according to the study -- and as the climate crisis advances, the planet is seeing more intense storms more frequently.

The other factor affecting coastal vegetation most strongly is rising sea levels spurred on by human-driven climate change.

The research broke down the coastal ecosystems impacted by climate change into sub-tidal (areas that are continually submerged, such as kelp forests and seagrass), inter-tidal (areas that are subjected to periodic submersion via tides) and supra-tidal (habitats just outside of the regular tidal range, such as such as sand dunes and freshwater wetlands).

These areas are impacted by physical damage from storms that change sand deposits and the salinity of the water. But the research also pointed out that many of these coastal regions also protect the coast.

“Saltmarshes are resistant to storm-driven erosion of the marsh surface … with vegetation playing a key role in stabilizing the sediment,” the study said. But larger storms cause “significant debris,” that can strip away the vegetation protecting the marsh.

Supra-tidal regions that are only flooded with seawater during storm events are suffering from “salt-stress” under the increased rate of storms, according to the research.

These ecosystems are the first line of defence for thousands of people who live on coastlines across the world. And the degradation of coastal plants not only has an environmental toll. It could have an economic one, researchers say.

Dr. Mick Hanley, an associate professor with the University of Plymouth, said in a press release that “by 2050, it could cost well over US$50 billion to protect the world’s largest cities from coastal flooding.”

He pointed out that the protection coastal vegetation can offer a coastline comes at a fraction of the cost that “hard defences like concrete walls,” could provide.

“Society is only just beginning to appreciate this, but estuarine and coastal ecosystems can be integrated into a dynamic, low-cost flood defence strategy to meet the ever increasing challenges posed by rising sea-levels and storms."

He added that “considerable work is needed to ensure the potential power of plants to defend our coastlines is not lost before it's fully understood."

The study concluded by stressing the importance of investing time and resources into researching how to better protect these regions and encourage growth.

“Given that coastal cities and food production globally are exposed to increasing [climate change]-driven flood risk, … employing the conservation, management or even creation of [estuarine and coastal ecosystems] with the capacity to track [sea level rise] and mitigate storm surges seems ever more desirable,” the study reads.