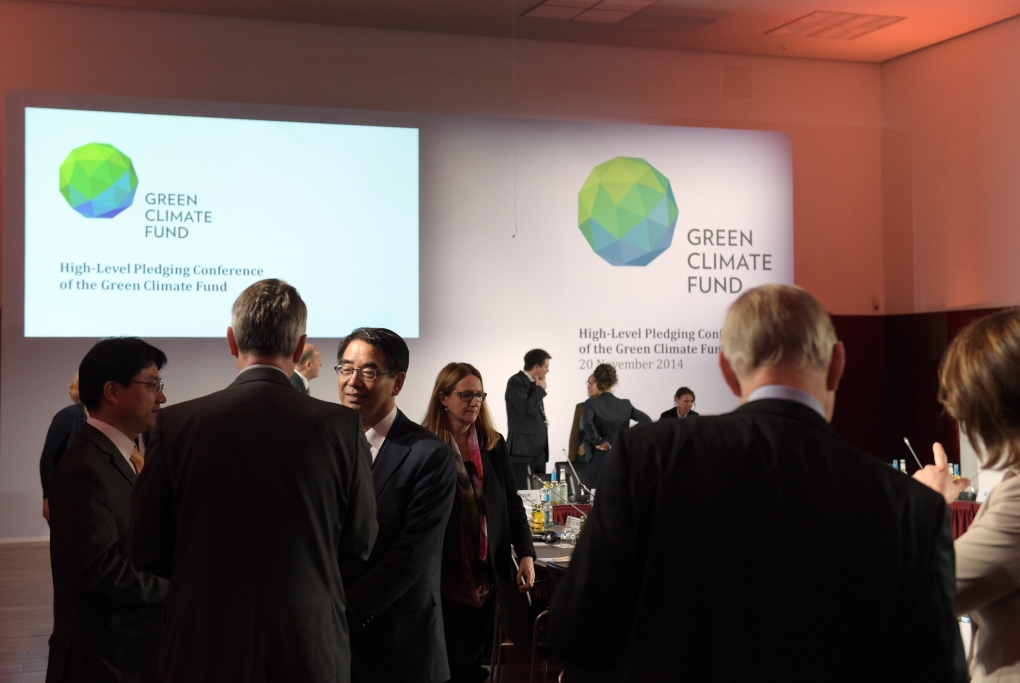 Delegates and participants of the Green Climate Fund talk to each other prior the meeting in Berlin, Germany, Thursday Nov. 20, 2014. (dpa / Rainer Jensen)

Some 30 countries meeting in Berlin pledged a total of $9.3 billion toward the Green Climate Fund, according to Germany's development ministry, which co-hosted the conference.

Last week, the United States pledged $3 billion, the biggest amount so far. Britain announced Thursday it would give 720 million pounds ($1.13 billion). Japan, Germany and France also have given $1 billion or more.

Despite the shortfall, Germany's environment minister said she was satisfied by the result because some countries had indicated they would increase their contribution in the coming months.

Hendricks said Canada had made a surprise announcement that it would contribute, without saying yet how much.

Campaign group Oxfam described the amount collected so far as "only a bare minimum," noting that rich countries such as Australia, Austria and Belgium hadn't offered anything yet.

The $10 billion target was meant to be an initial seed for the fund, to encourage governments and private companies to contribute more. By 2020, it is supposed to collect $100 billion to help vulnerable developing nations adjust to rising seas, warmer temperatures and more extreme weather.

The money will also be used to help those countries develop clean energy sources that reduce the use of greenhouse gas-emitting coal, oil and gas.

Germany's development minister, Gerd Mueller, said the fund would start disbursing money toward the middle or end of next year.

"If humans want to avoid the fate of dinosaurs, then we need to act now, immediately," he said.