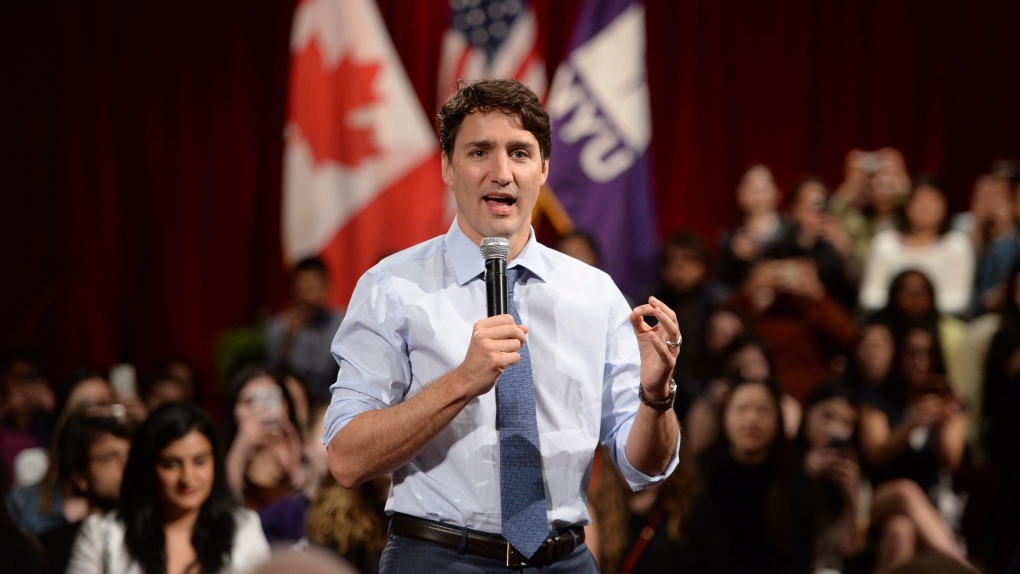 Prime Minister Justin Trudeau made a forceful argument in favour of pipelines and the Alberta oil sands Thursday, one day before he will sign on to an international climate change agreement that Canada’s budget watchdog says can only be achieved with a substantial hit to incomes.

Assistant Parliamentary Budget Officer Mostafa Askari told CTV’s Power Play that their study, released Thursday, found that the level of carbon pricing required to meet the emissions reduction target Canada agreed to in Paris last fall -- 30 per cent below 2005 levels by 2030 -- would reduce GDP by one to three per cent per year.

“That doesn’t mean peoples’ incomes (are) going to go down,” Askari said. “It just means it will be lower than it would have been without these taxes.”

Askari said the goal is ambitious, but can be achieved through a combination of measures such as taxes, tougher regulations, environmental subsidies, cap-and-trade, and a gasoline tax hike of about 24 cents per litre.

The report includes various scenarios, but suggests measures would need to equate to carbon taxes of about $100 per tonne of C02, or significantly less if carbon capture and storage technology is used.

For comparison purposes, British Columbia’s current carbon tax is $30 per tonne and Alberta’s will only hit that level starting in 2018.

Askari said the emissions target could end up costing less, however, if technology improves faster than expected -- as was the case with acid rain mitigation.

Ahead of his visit to the United Nations Friday, where he will sign the COP21 agreement, Trudeau faced questions from New York University students, including one about why Canada is “still putting money into dirty oil sands.”

The prime minister responded with a forceful argument in favour of continuing to develop the Alberta oil sands and build pipelines while moving towards a low-emissions economy.

“It’s easy to say: ‘You want to save the planet? Just block those pipelines’,” he added. “We know that’s a simplistic solution.”

Trudeau told the students he made a similar argument a few years ago, when he tried to convince Democratic lawmakers in Washington to support the Keystone XL pipeline that President Barack Obama later quashed.

The prime minister said that if everyone was forced to “leave our car at home” and “stop using fossil fuels tomorrow,” then the “world would come to a crashing halt.”

"Do I agree that in the future we're going to have to get off fossil fuels?” Trudeau said. "Absolutely.”

“We're very much better off doing that from a position of having a capacity to invest and research,” he added, “than doing it by firelight in a cave 100 years from now, when we've reached a collapse because we haven’t engaged with it.”

‘D’ from Conference Board

Trudeau also faces a new report from the Conference Board of Canada that ranks the country 14th out of 16 peer nations on environmental performance. Only the U.S. and Australia are ranked worse.

Canada's greenhouse gas emissions are among the highest, in part because of our cold climate, the study found.

Canada did, however, receive an "A" rating for low-emitting electricity generation. The report points out that nearly 80 per cent of Canada's electricity is generated from sources such as hydro and nuclear power.

“These results show that Canada needs to encourage more sustainable consumption,” said Conference Board vice-president Louis Theriault. “Protecting the environment from damage is not a problem for tomorrow but a challenge for today.”