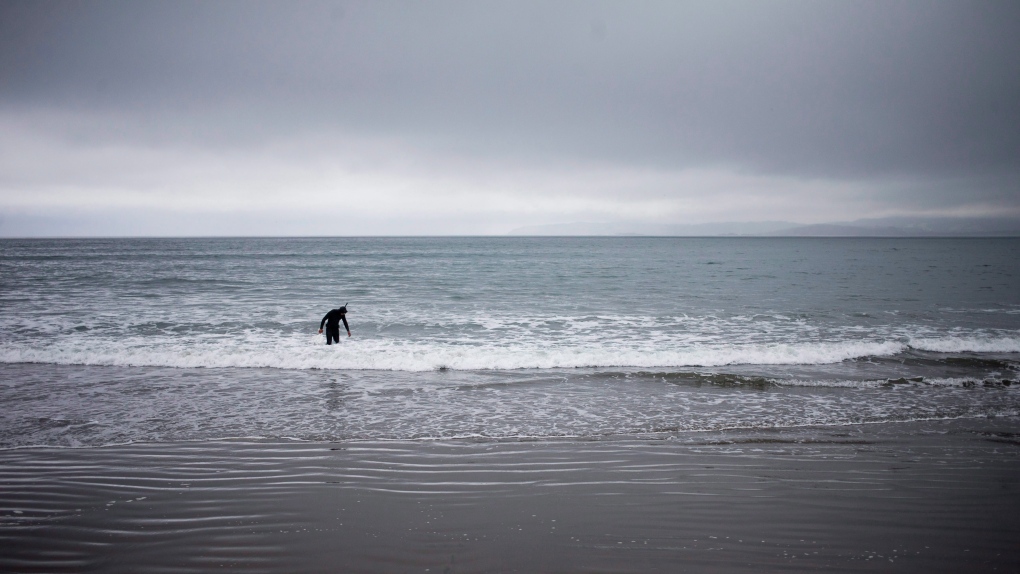 Diver and fisherman Andres Camus, enters the ocean to collect samples for the Center for Studies and Conservation of Cultural Heritage NGO, and for a fishermen's organization in Chiloe Island, Chile, Sunday, May 8, 2016. (AP / Esteban Felix)

Scientists looked at 33 El Ninos since 1901. This natural weather phenomenon is the warming of equatorial Pacific that triggers weather extremes across the globe.

Since the 1970s, scientists have found El Ninos are forming farther to the west in warmer waters.

Researchers led by the University of Hawaii say this leads to some stronger El Ninos.

This is important because El Nino --especially strong ones -- can trigger drought in some places, like Australia and India. And it can cause flooding in other areas like California.

The study is in Monday's Proceedings of the National Academy of Sciences.