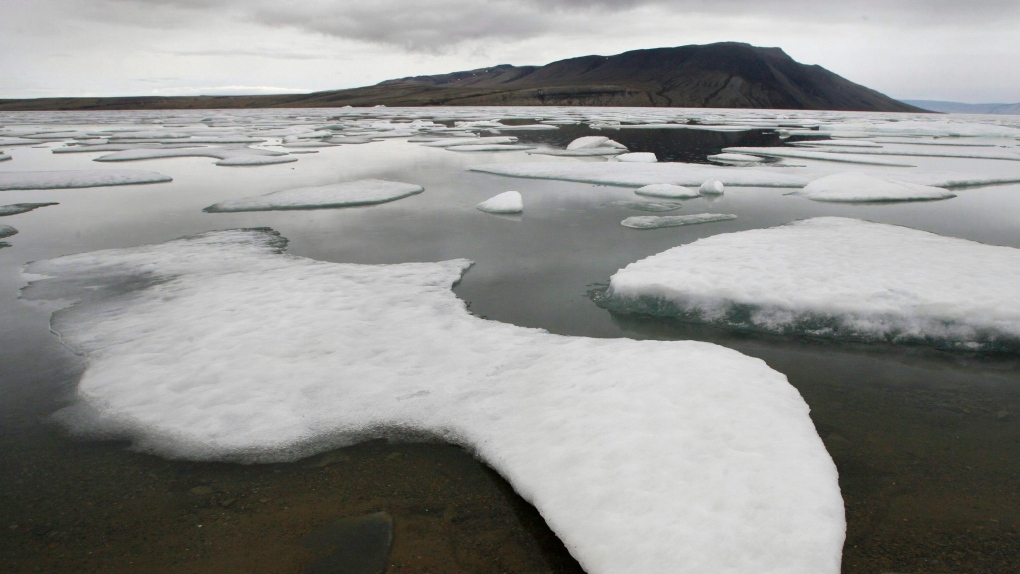 The statistics in her recently published paper say it all: hundreds of glaciers in Canada's High Arctic are shrinking and many are likely to disappear completely.

But for Adrienne White, seven field seasons along the northern reaches of Ellesmere Island give the numbers real-world immediacy.

"I've been actually able to see with my own eyes, to the point where there were some areas I couldn't recognize between years," said White, a University of Ottawa glaciologist.

"One year you're Ski-Dooing over the ridges of these ice shelves, and then you go back the year after and (it's) like a city of icebergs."

White has catalogued and studied the condition of more than 1,700 glaciers on the High Arctic island both on the ground and from satellite imagery. She looked at glaciers on land and flowing into the ocean as well as at ice shelves floating on top of the sea.

"What I saw when I was measuring was 100 per cent of glaciers retreating," she said. "They all retreated. Nothing is growing."

White found glaciers lost more than 1,700 square kilometres. That's a loss of almost six per cent over a period of 16 years.

Most of these glaciers probably aren't coming back.

The Canadian Arctic is experiencing some of the fastest climate warming anywhere on Earth. The annual average temperature on Ellesmere Island has increased by 3.6 degrees.

Data from other points in the Arctic suggest rising temperatures mean the elevation needed for snow to last through the summer has risen by 300 metres.

White found most of Ellesmere's glaciers are no longer high enough to accumulate snow.

"I don't see snow surviving throughout the summer," she said. "You need that year-long snow to be able to accumulate and create more ice and I just don't see that.

White's work echoes earlier research that found Ellesmere's glaciers began shrinking several decades before her study began. Although she's not able to say whether that retreat is speeding up, the rate of warming is increasing.

It's hard to say what the consequences of shrinking glaciers will be, said White. There will be some impact on sea level rise and the melting ice is likely to release more and larger icebergs into the water, she said.

Little is known about the area, which is so remote that until recently it couldn't even be found on Google Earth. One thing is certain, though, said White.