Chinook salmon could be wiped out by 2100: study 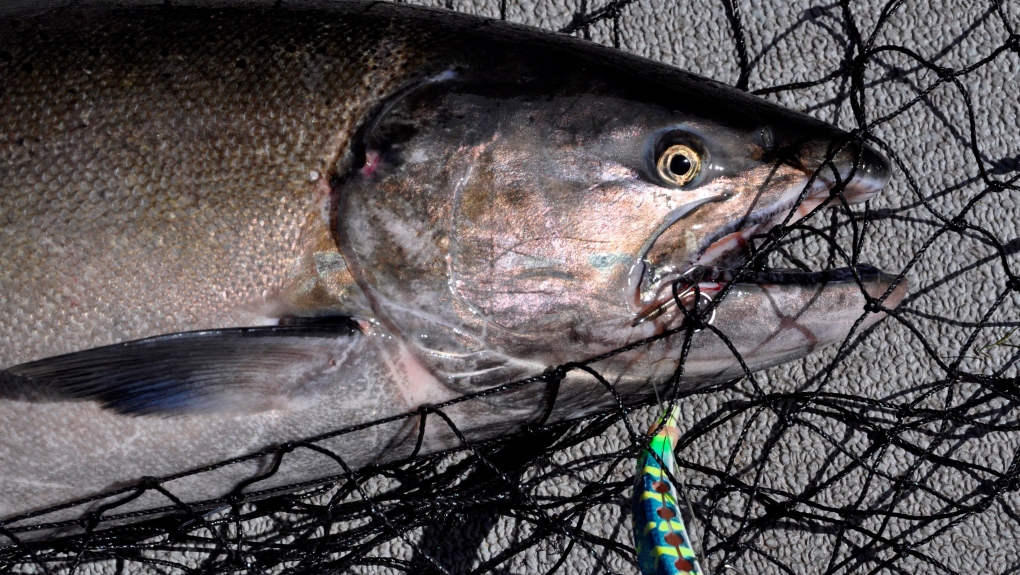 A fall Chinook salmon is shown after it was caught on the Columbia River near Desert Aire, Wash., Sept. 8, 2014. .(AP Photo/Spokesman Review, Rich Landers)

VANCOUVER -- New climate-change research involving a University of British Columbia scientist predicts that one of the West Coast's most prized salmon stocks could be wiped out over the next 85 years.

A study has concluded that there is a five per cent chance of a catastrophic loss of the chinook salmon by 2075, and that upwards of 98 per cent will be gone by 2100, if climate change warms the water.

An international research team looked at the ability by the chinook to adapt to warming water temperatures caused by climate change.

Once past that temperature, the study found that the heart couldn't go any faster and would either slow or go arrhythmic.

The study was recently published in the journal Nature Climate Change.