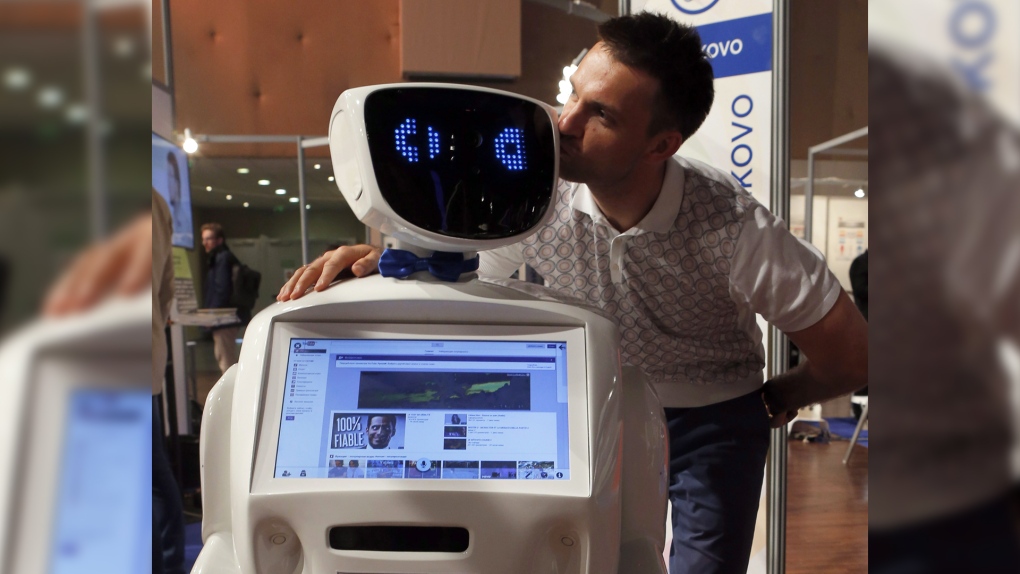 A Russian robotics company claims one of its creations was destroyed by a self-driving Tesla during preparations for the Consumer Electronics Show in Las Vegas.

Promobot has released a video in which it claims one of its autonomous robots was “killed” by a Tesla “under a full self-driving mode.”

The video shows the robot standing on its own next to a curb. An approaching Tesla appears to clip the robot with its front corner, causing it to fall to the ground. A man then runs into the frame to check on the robot.

Promobot says its robots are able to navigate around obstacles, recognize faces and communicate with people. The company says hundreds of Promobots are in use at workplaces in 26 countries.

It is not clear why the robot was on a roadway in the first place. The company has said it is investigating the matter.

Some online observers have pointed out the coincidental nature of a camera recording as the Promobot was hit, comparing it to a 2016 incident in which a Promobot supposedly escaped a research facility and mingled with traffic – while broadcasting promotional messages through its sound system the whole time.

Look @elonmusk at a Tesla Model S hitting and killing a guiltless robot in Vegas. Your car was under a full self-driving mode. @bheater, @jjvincent, @ingridlunden, @andyjayhawk Check this out!https://t.co/0q605Fdknb