Canadians with Down syndrome help teach Google how to understand speech 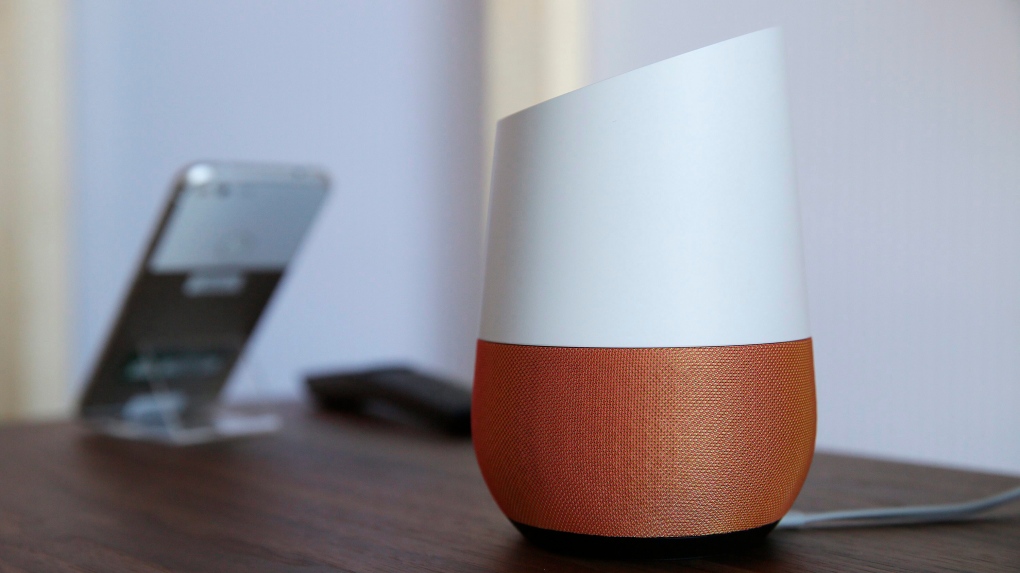 VANCOUVER -- Anyone who's been frustrated with digital voice assistants Google, Alexa or Siri misunderstanding commands to play a certain song or access online information may find themselves pointlessly arguing with technology, but imagine the ubiquitous devices messing up every third word you say.

That's what Google estimates people with Down syndrome experience because of speech difficulties associated with physiological differences in their mouths.

The Canadian Down Syndrome Society launched a campaign this week to help Google improve its voice-recognition technology by encouraging people with the condition to record phrases online as part of Project Understood to train the tech giant's technology to better understand those with speech impairments.

Matthew MacNeil, 29, volunteered to donate his voice by logging on to a website and recording phrases such as "the boy ran down the path," "flowers grow in a garden" and "strawberry jam is sweet."

The society partnered with Google, which launched Project Euphonia last year to improve their voice-recognition systems for people with speech impairment, starting with those who have amyotrophic lateral sclerosis, also known as ALS or Lou Gehrig's disease, which gradually weakens muscles and affects speech.

MacNeil's efforts to use a digital voice assistant have been frustrating.

"I had to repeat myself many times. Then I gave up," he said from Tillsonburg, Ont.

The goal is to use the technology to become more independent, said MacNeil, who works at a grocery store collecting carts, a word he substituted after "buggies" wasn't understood.

That's something he's experienced multiple times with the Google Home assistant, which mistook his hometown of Tillsonburg as "smoke" and the Ontario city of Peterborough as "people" before announcing: "My apologies. I don't understand."

Ed Casagrande, chair of the Canadian Down Syndrome Society, said a three-month trial had already been done with Google before this week's campaign began, as 10 people with Down syndrome recorded an average of 1,500 phrases each into the online platform.

He said people with the condition anywhere in the world could use the Project Understood site, or Project Euphonia, to record their voice and add to a growing database. Those who participate must be aged 18 or over.

Casagrande has great hopes for how better voice-recognition technology could one day help his six-year-old daughter Emma, who has Down syndrome.

"When I think about my daughter and the future and in speaking with people with Down syndrome what I hear is the same thing as a typical person in terms of wanting to be independent and work and socialize and have relationships," he said from Guelph, Ont.

"I just feel that this technology will allow a person with Down syndrome to get one step closer to independence so that when my daughter is ready to work, 20 years from now, she's able to speak into some voice technology device to call that driverless car to pick her up to bring her to work or bring her back home, or to check the weather and schedule appointments or what have you."

Julie Cattiau, product manager of Google's artificial intelligence team, said millions of voices were recorded for the company's voice-recognition systems for users with no accent or speech difficulties, so a system that would understand the speech patterns of people with various disabilities will need even more recordings and transcriptions of what is being said in order to work.

"Our goal is that in the future, hopefully, Google products can work a lot better for people, even if they have speech that is impaired or that sounds different because of a neurological condition, such as Down syndrome or ALS," she said.

"We will be collecting phrases for as long as it takes for us to make progress," Cattiau said. "Until we have a large enough data set we won't be able to answer questions such as do we need to train models for individual people or can people benefit from other people's voice recordings, which, of course, is the dream because that's a much more scalable approach."