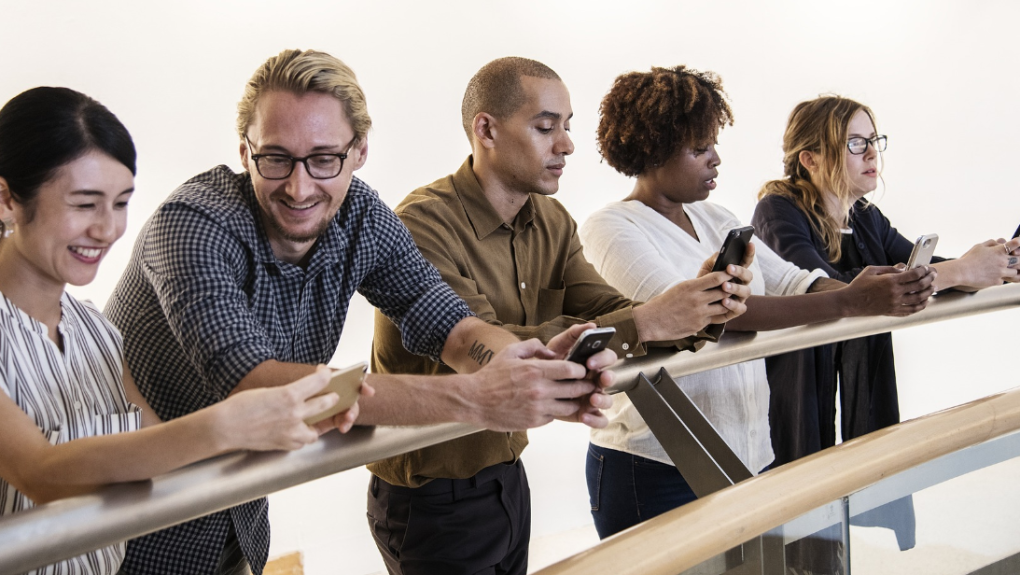 The study from market research firm Insights West indicates that Canadians are interacting with brands more online, but often this interaction takes the form of complaints over goods and services provided by that brand or company. (Insights West)

Canadians are increasingly using social media to interact with brands, despite growing worries that their behaviour may be tracked to create targeted ads, according to a new study.

The study from market research firm Insights West shows the way different demographics are increasing or decreasing their use of different sites and apps and how that has changed since 2016.

One of the interesting findings was that, far from avoiding the increased presence of brands and corporations on sites that once aimed to connect people on a more personal level, consumers in Canada are interacting with them even more on social media.

However, the study says that the rate of people interacting with brands and companies for the purposes of filing complaints is going up at a much faster pace.

The percentage of time spent complaining on Facebook about companies or brands, for instance, jumped from 33 per cent in 2016 to 50 per cent in 2019.

At the same time, concerns regarding the watchful eye of social media on our behaviour are growing, but Canadians haven’t made up their minds yet as to how they feel.

Although 65 per cent of those surveyed said that they were worried about their behaviour online being studied for targeted ads, the results were mostly split between those who said firmly that they “don’t like it” (51 per cent) and those who selected “I can accept it”(43 per cent).

Only 6 per cent of respondents said they liked having targeted ads based on information social media collected about them.

The split opinions were consistent among all the generations surveyed, but in general, the percentages of those who were worried and didn’t like it became higher the older the respondent was. Generation X showed more concern than millennials about targeted ads, and baby boomers showed the most. Sixty one per cent of baby boomers “don’t like” their online behaviour being used for targeted ads, compared to only 43 per cent of millennials.

Insights West’s numbers are based on online surveys conducted among English-speaking Canadians who are over the age of 18. In 2019 and 2016, their data was taken from a sample of a little over 1,000 people, with the data pulled from a pool of around 800 people in 2017.

The study also covered the rates of overall usage and momentum across different sites, and found that usage is up on most major social media sites. Major exceptions include Snapchat and Tumblr.

However, although the numbers are up in general, the study indicates that our addiction to social media may be approaching a wane.

“The time users spend on platforms … is plateauing or even softening despite greater penetration,” the study said. “This may be indicative of a larger trend of scaled back use and/or some backlash against social media’s power and behaviour recently.”