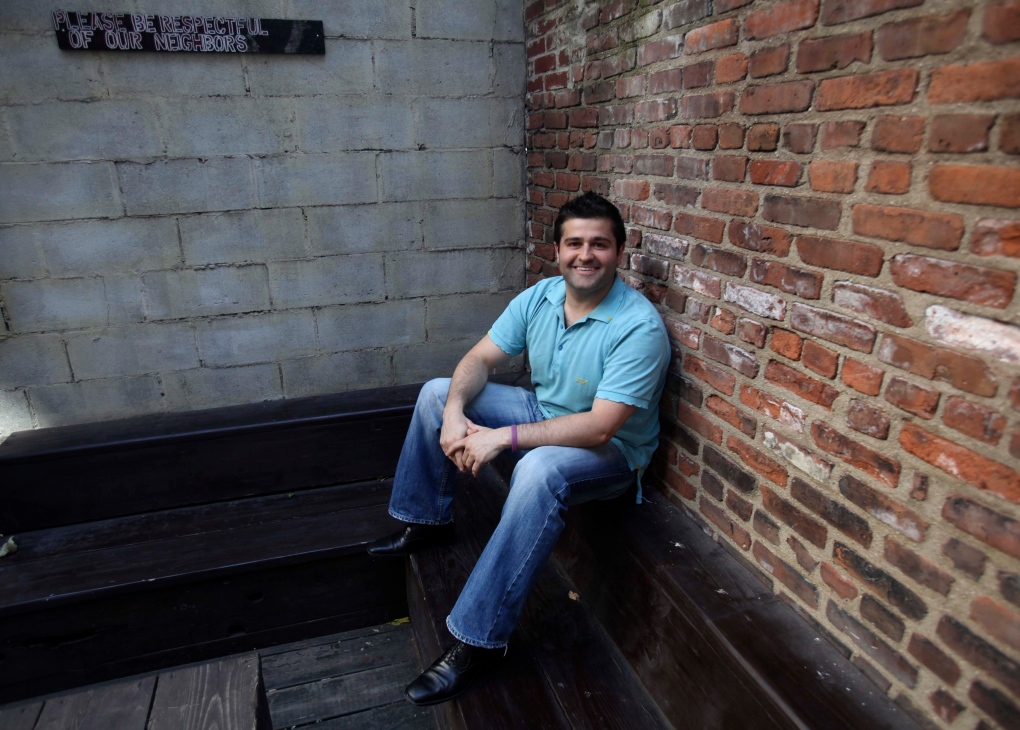 Slava Rubin of Indiegogo.com poses for a picture in New York in September 2010. (AP/Seth Wenig)

TORONTO -- Indiegogo, which bills itself as the world's largest crowdfunding platform, is looking to grow with a move into mobile apps -- starting in Canada.

The San Francisco-based company announced Thursday that Canadians are getting early access to its first mobile app, which is now available on Apple's App Store. The app will be rolling out to other countries in a couple of months, said Indiegogo CEO Slava Rubin.

"Canada is a really important country for us, in terms of volume it's the second-largest country for us in the world ... and we send money to 70 to 100 countries a week," said Rubin, who added that an app for Google Android devices is expected before the end of the year.

"The Canadian users have been great with their feedback and we feel like it's a great opportunity."

Entrepreneurs -- or anyone with an idea -- can post a fundraising drive on Indiegogo and seek supporters to help pay for their plan. Supporters are typically offered rewards in exchange for donating to help to get the idea off the ground.

Rubin said mobile usage on Indiegogo has grown dramatically in recent years and the new app is designed to help users support or launch campaigns on the go.

"We see the mobile app as an extension of where we're moving forward with our innovation," he said.

"I would say if we were starting Indiegogo from scratch today and there was nothing else existing there's a good chance we would go mobile-only. Adding apps is just an extension of where the market and customers are taking us."