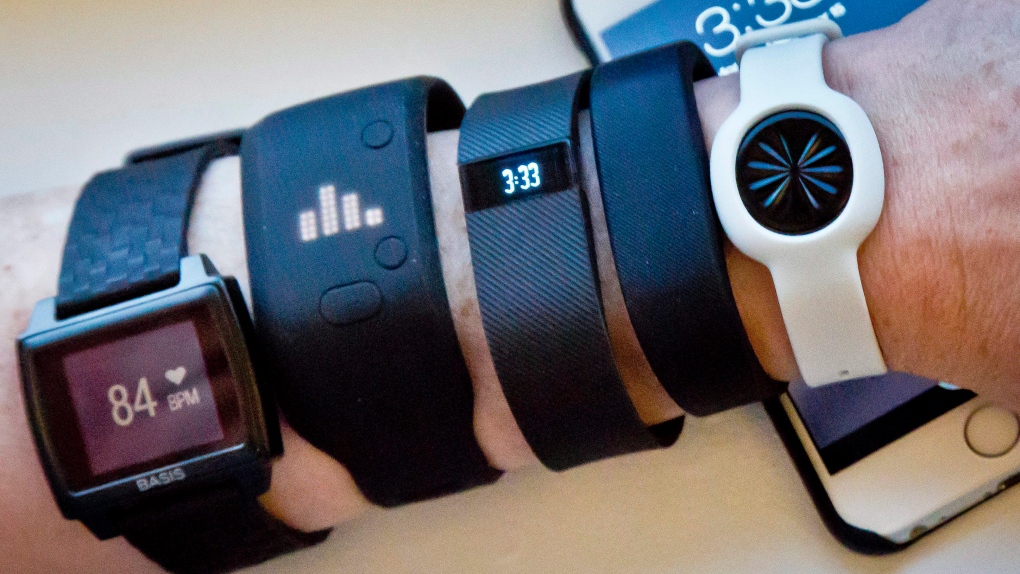 While devices from companies such as Fitbit, Jawbone and Garmin monitor basic information like steps taken and sleep cycles, many of the sports gadgets on display at the Wearable Entertainment & Sports Toronto conference on Tuesday were designed for the pros -- offering advanced telemetry that helps professional athletes avoid injury and optimize training routines.

Montreal-based Hykso, for example, is developing sensors about the size of a watch face that sits in a boxer's hand wraps to feed back real-time data about speed, power and technique.

Hykso data scientist Patrick Chandler says the company has already partnered with three Montreal-area gyms to provide their technology to those looking to perfect the sweet science.

"We can tell which one's an effective hit, which one was blocked, what was the strength of the block. We can see everything about the punch."

That information is tracked in a mobile application and fed to trainers and coaches, allowing them better control over strategy and technique even in the middle of a bout.

The company's presentation includes video of boxer Caroline Veyre, a gold-medal winner at this year's Pan Am Games, using the Hykso sensors to measure her punches as she landed a barrage of hits against a bag over a 30-second period.

"She loves the data, she always asks for more," Chandler said.

Among the day's presenters was PGA golfer Andrew Parr, who talked about how he uses the Muse brain-sensing headband from Toronto-based InteraXon to work on his focus and help him while out on the links.

Hani Abidi, one of the co-founders of Ollinfit, said his company's wearable sensor system and accompanying digital personal training app are just the beginning.

Their accelerometer-based sensors could be used for recording the perfect golf swing and teaching users how to replicate the motions, he said, or help amateur tennis players work on backhanding the ball like Rafael Nadal.

"There are tons of opportunities for these concepts," he said.

Conference organizer Tom Emrich said that sports are one of the more obvious areas where wearables can improve efficiency and productivity, yet the same principles can be applied to industrial applications such as monitoring the health of employees working in dangerous conditions or providing direct contact with employees working in the field.

Emrich said wearable technology will become more commonplace at the workplace as businesses seek to use it for productivity gains and cost savings.

Much like the Blackberry smartphone, he said, the next generation of wearables may start out as business devices before making the jump to consumers.

"Once you see your job changing and becoming easier because of a wearable, then it makes sense," he said.