Canadian company at forefront of VR's push into sports world 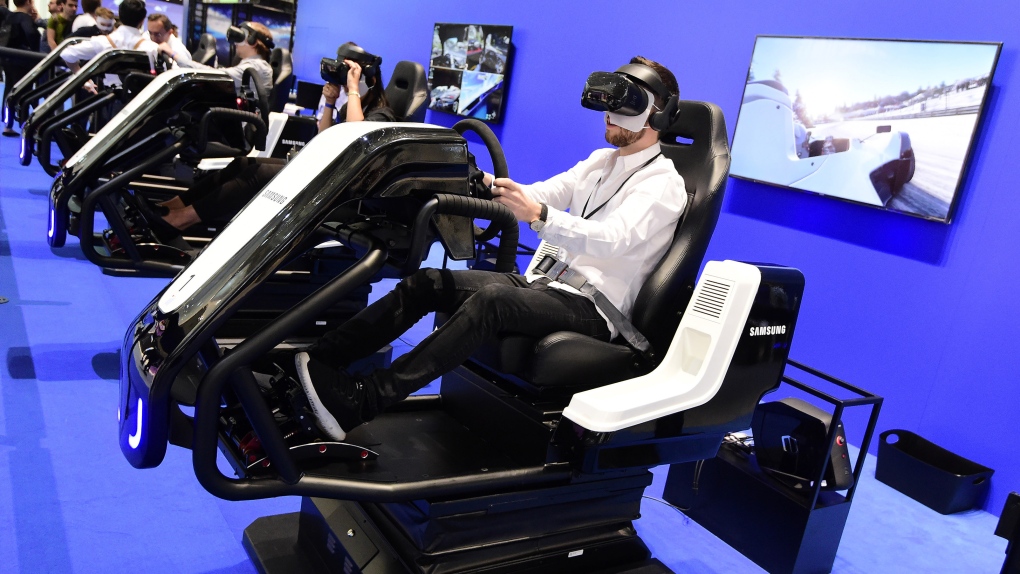 From training with Major League Baseball pitchers to bone-jangling racing on board an F1 car, technology's potential to revolutionize sport was the hot topic as industry leaders met in London this week.

"It's going to disrupt all aspects of sport that you can imagine," virtual reality expert Michael Ludden told the two-day Leaders Sport Business Summit at Chelsea's Stamford Bridge stadium.

Ludden said that virtual and augmented reality -- together known as mixed reality (MR) -- would transform sport for professionals, amateurs and spectators.

"American footballers are already using VR to better train their minds, read the field," allowing quarterbacks to hone their skills without risking injury, he said.

"You can train with a real baseball bat that's tracked in virtual reality against real pitchers using data from those pitchers... giving you advanced analytics on how the swing is," added Ludden, who has worked for IBM and Google.

With the price of headsets such as Facebook's Oculus Rift falling, MR also promises to allow amateurs the experience of facing a 100 mph pitch from the safety of their living room.

While MR immerses the user aurally and visually, other developing technologies are beginning to recreate the physical reality of top-level sports, opening up a whole new world of spectator experience.

Canadian company D-BOX Technologies, which designs and manufactures moving seats found in cinemas and theme parks, is now moving into sports, showing off their Formula One simulator at the London event.

The seats mimic the G-Force and every judder as F1 champion Lewis Hamilton races around the Monaco circuit.

The simulation seat uses pre-programmed data but could use real-time information sent by the car, allowing spectators to pick their driver and experience their full Grand Prix adventure, said Veronique Maheu, director at D-BOX.

"You would need... data sent straight from the car -- tyre slip ratio, suspension, acceleration -- we can take this minimal information and transform it.

"They could broadcast live content through a network in pop-up theatres around the world," she said, adding that the company intended to roll out the experience at fan zones on the F1 circuit.

The technology can be adapted to help train athletes in other sit-down sports such as rowing, and Maheu said she had received interest from members of the horse-racing industry.

Telemetric sensors could also be placed on sports fields, balls and on players to remotely recreate the visceral reality of NFL, football or baseball, or even enhance reality.

"If you want to have the stress of the baseball player while he gets to the plate, you can have a heartbeat added to the sensation on the seat and then you can feel it, boom, boom," she explained.

"When he swings and hits the ball, you can have an impact."

The seats currently cost $10,000 each, putting them out of the reach of the armchair fan.

However, headsets and the development of VR suits hold out the possibility that fans around the world could one day physically experience every tackle, touchdown and goal from their favourite player in real time.

Panasonic pitched their "Smart Venue" plans at the CES technology fair in Las Vegas, which included the overlaying of graphics, advertisements, player statistics and replays on the field of play at an NFL game.

"If you are sat in the nose-bleeds (cheap seats), I can see this being really useful," he said.

MR could also revolutionise half-time entertainment by allowing fans to join in stadium-wide games, using the pitch as a platform, he added.