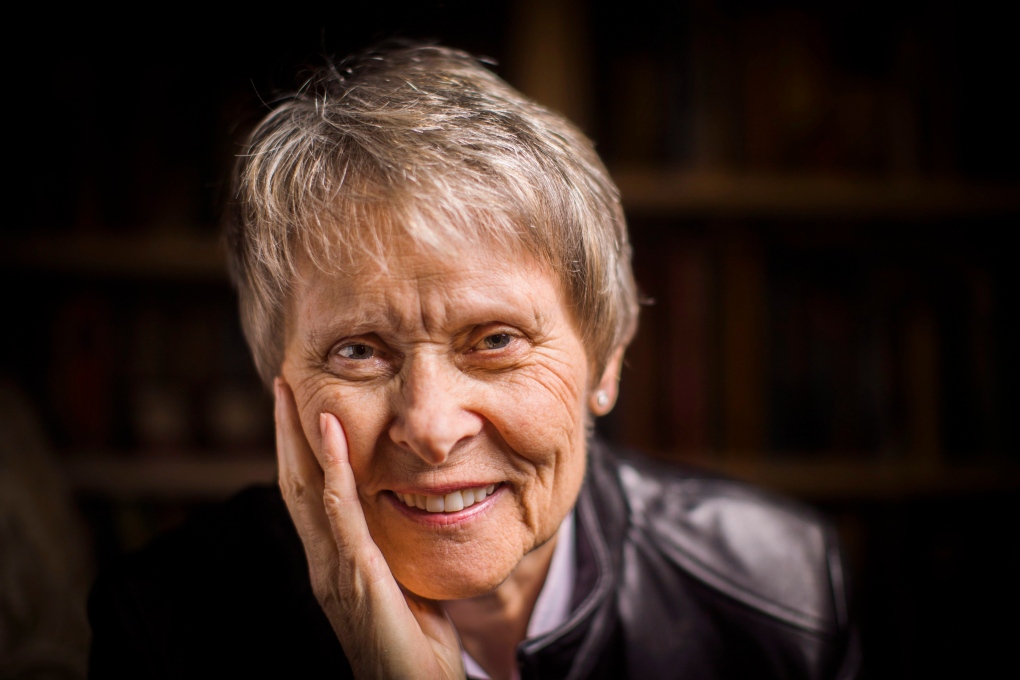 The morning of January 22, 1992, was chilly along the east coast of Florida.

On launch pad 39A, Roberta Bondar was strapped in aboard the Shuttle Discovery, waiting to become Canada's first woman in space.

There were many things on her mind as minor issues delayed liftoff by an hour, Bondar recalled in an interview with The Canadian Press to mark the 25th anniversary of her historic flight this Sunday.

She ran through the emergency checklists - "very, very focused, very disciplined, thinking about what I had been trained professionally to do" - and also thought of her family.

Her father had seen her chosen as an astronaut, but died before her mission; her mother and sister were watching from the VIP area less than three miles away.

She had recorded a tearful message for her mother a few hours earlier - just in case things didn't go well.

"I decided I'd use one of those old cassette recorders, which was the technology of the time, and talked into the unit to somehow placate her fears if anything happened to me. But I must say I was quite tearful when I was doing it and had to keep shutting it off to do it."

Bondar arrived at the launch pad that morning with the six other members of the international crew. The launch pad had teemed with workers on her previous visits, but that morning it seemed almost deserted - and the shuttle seemed alive, she said.

"We looked at the view and at the seething monster behind us and just tried to take it all in about being astronauts and going to punch a hole in the sky. It was really like The Right Stuff movie," she said.

Bondar had trained for years for this moment - becoming a doctor, a neurologist, an astronaut. She was only the second Canadian (after Marc Garneau) onboard a space shuttle.

"I was thinking about being the first Canadian after the Challenger accident and how difficult it would be for some people to watch it without being totally a bundle of nerves, and thinking about my own family and friends, especially my mother and sister who would be watching me disappear into the sky and hoping that nothing would go wrong," she said.

Bondar said that after the Challenger disaster, families of U.S. astronauts could avoid the peering lenses of news cameras during the launch by watching from the top of the giant Vehicle Assembly Building (VAB).

But the same courtesy was not offered to her Canadian family.

"The families of all the men were on top of the VAB, and my poor family were sitting out in the stands the way Christa McAuliffe's mother was. You'll remember McAuliffe's mother was right there when the whole thing happened and the cameras were trained on her. There was no privacy and it was a horrible moment," she said.

"They didn't allow my family to be protected the way the rest of the crew was, and that was kind of a bad thing. It didn't make me very happy and the Canadian Space Agency didn't help either."

Bondar said that was a very sore point for her, and she was more nervous for her family than she was for herself as she waited for ignition and the kick of seven million pounds of thrust from the main engines and the solid rocket boosters.

But the launch and the mission went well - even extended by a day as the crew conducted a long list of experiments to study the effects of space flight and recovery on the human body. Bondar, the first neurologist in space, said she felt the pressure of getting good results for scientists on the ground who had spent years preparing the experiments.

"She was a renaissance woman. We were extremely proud, and still are of her contribution to the space program," Leclerc said.

"That flight took place 25 years ago. A lot has happened since. She was really a pioneer."

And a lot has happened in Bondar's life in the last 25 years.

After her flight, Bondar became head of an international space medicine team working with NASA to look at various aspects of human physiology changes in space flight and on recovery. They published a number of papers over the next 10 years, and discovered how their research could be applied to illnesses here on Earth.

She was chancellor at Trent University for six years and started an educational foundation in her name.

Bondar is also a photographer, who took lots of pictures from space. During an inflight news conference, Bondar described seeing Canada from orbit for the first time.

"When I first came over Canada, it was the biggest thrill imaginable. Winter or no winter, it has to be absolutely beautiful and spectacular, and I'm coming back to Earth with a feeling that there's absolutely nothing boring. There's no boring place anywhere on this whole planet," she said.

Bondar continues to explore the planet, taking photos, writing, working with people in Africa, and doing science such as studying the migration of the whooping crane.

Many people would think that Bondar might say that going into space was the most important thing she has done in her life, but that's not the case.

She says becoming a doctor allowed her to save lives and do all the other things she's done.

"Space was eight days of my life. I'm still evolving," she said.