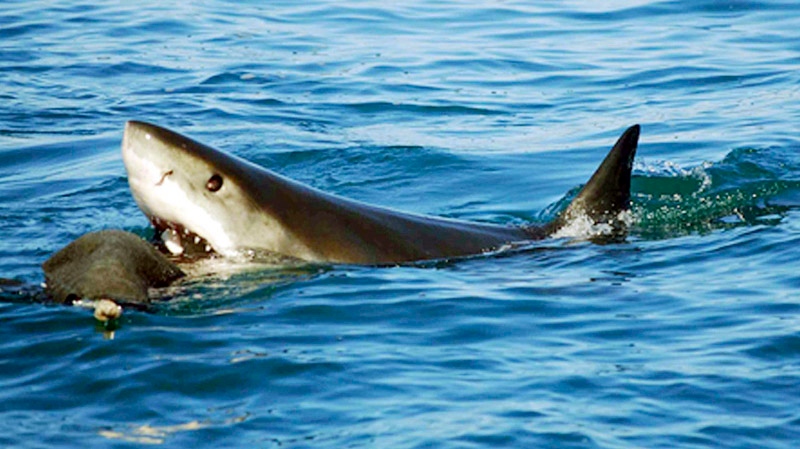 SACRAMENTO, Calif. - The most feared predator in the ocean received new protections today when a California commission decided the great white shark should be studied as a potential endangered species.

The Fish and Game Commission unanimously voted to advance the candidacy of the shark, which means during a one-year study review it will receive the same protections it would if it were listed as endangered.

Great white sharks are internationally protected and already can't be targeted for catch. During the review, the sharks will receive even more safeguards, and the immediate effect will be a ban on incidental takes by net fishermen, who opposed the review.

Scientists estimate the number of California subspecies at between 220 and 350.