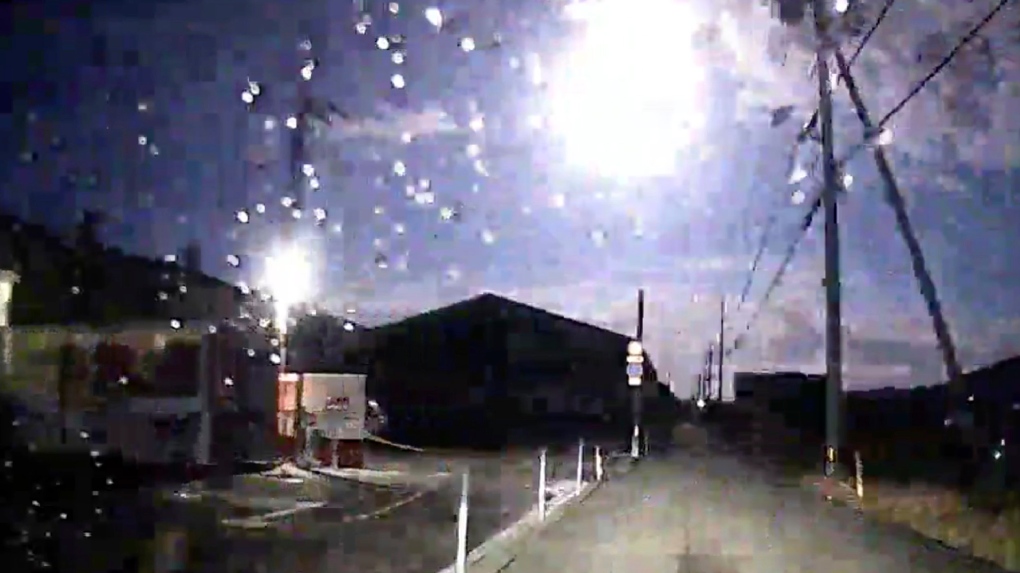 This image made from a drive recorder shows a brightly burning meteor, centre top, over a road in Tokushima prefecture, southwestern Japan, Sunday, Nov. 29, 2020. (Kamio via AP)

TOKYO -- A brightly burning meteor was seen plunging from the sky in wide areas of Japan, capturing attention on television and social media.

The meteor glowed strongly as it rapidly descended through the Earth's atmosphere on Sunday.

Many people in western Japan reported on social media seeing the rare sight.

NHK public television said its cameras in the central prefectures of Aichi, Mie and elsewhere captured the fireball in the southern sky.

A camera at Nagoya port showed the meteor shining as brightly as a full moon as it neared the Earth, the Asahi newspaper reported.

Some experts said small fragments of the meteorite might have reached the ground.