Boeing tries to catch up to SpaceX after plenty of drama 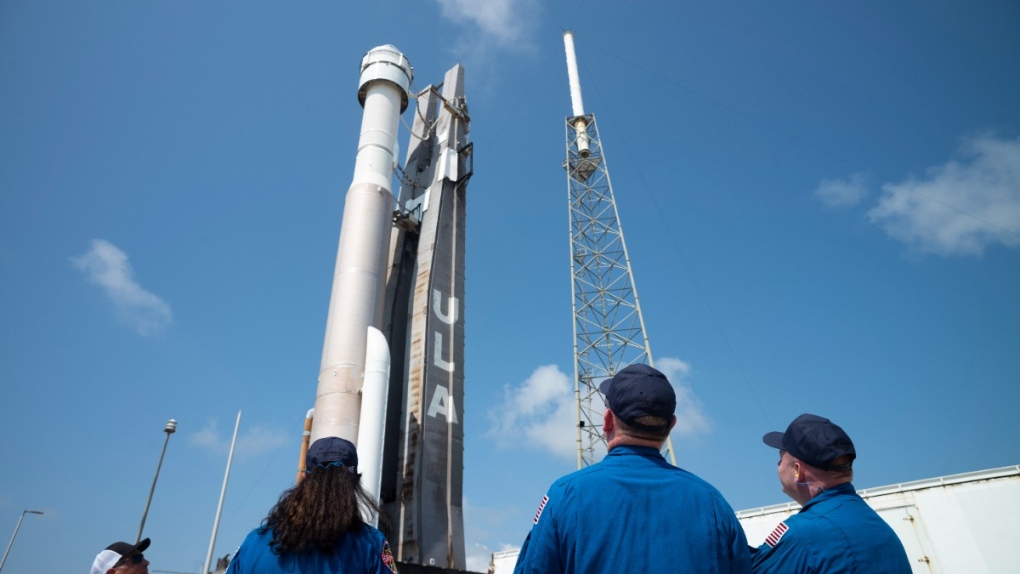 A United Launch Alliance Atlas V rocket with Boeing's CST-100 Starliner spacecraft aboard is rolled out of the Vertical Integration Facility to the launch pad at Space Launch Complex 41 at the Kennedy Space Center in Cape Canaveral, Fla., on May 18, 2022. (Joel Kowsky / NASA via AP)

Boeing is the world's largest aerospace company, a primary U.S. defence contractor, and a titan of a global aviation duopoly. A few years ago, the idea that it would dominate commercial space was a given, and companies like SpaceX, a relatively young business relying on a strategy of moving fast and breaking things, would take a back seat to the move level-headed and experienced Boeing.

That, however, did not come to fruition.

Errors, delays and failures beleaguered the spacecraft's development. There was a botched test flight, software issues, sticky valves and a lawsuit involving an executive at a subcontractor who is said to have lost his leg during a Starliner test.

After initially giving SpaceX closer scrutiny than Boeing, officials later said they regretted that as many of Starliner's issues slipped through the cracks. SpaceX, Elon Musk's relatively new entrant into the spaceflight business, ultimately beat Boeing to the launch pad. The company's Crew Dragon spacecraft has now logged six astronaut launches for NASA since it entered service in 2020.

Meanwhile, Boeing is still trying to get through an uncrewed test flight. The company will make its second attempt this week, hoping a flawless performance will mend its image as the fallen star of human spaceflight.

The controversies surrounding Starliner have also added to other woes within Boeing's commercial aircraft division that have chipped away at the company's formerly rock-solid image over the past several years.

Here's a look back at Starliner's trying past.

In 2014, NASA awarded fixed-price contracts — meaning the space agency would only pay the initial agreed-upon price and not a penny more — to Boeing and SpaceX. The move cemented their slots as the companies that would take NASA astronauts back to space under the Commercial Crew program. Boeing's awards totalled US$4.2 billion, a significant markup compared to the $2.6 billion SpaceX was given, though the company has said that's because SpaceX had already received millions for development of an uncrewed version of its Dragon vehicle.

Though both spacecrafts were expected to blast astronauts into space just a few years later, as the end of the decade neared, it became clear that SpaceX was outpacing Boeing.

And almost immediately after Starliner launched on December 20, 2019, it was clear something was wrong.

Later, it was revealed that Starliner's internal clock was off by 11 hours, which caused the spacecraft to misfire and stumble off course, NASA and Boeing officials told reporters. Starliner was forced to make an early return to Earth.

Months later, a second serious software issue was revealed, with one government safety official saying it could have caused a "catastrophic failure." Boeing was able to identify and correct the error before it impacted Starliner's behavior, however.

Boeing agreed to fix the issues and pay for a second attempt at the uncrewed test flight, setting aside nearly half a billion dollars. Months of troubleshooting, safety reviews and investigations followed the test flight.

FORMER ASTRONAUT PULLS OUT OF MISSION

Former NASA astronaut Chris Ferguson, who left the government astronaut corps in 2011 to help Boeing design and build the Starliner, was slated to command the first crewed mission of Starliner as a private astronaut. But after the failure of its inaugural flight test, Ferguson announced he could no longer fly on the vehicle, citing scheduling conflicts.

NASA and Boeing made the announcement in late 2020, saying Ferguson made the decision for "personal reasons." Ferguson said in a follow-up tweet that he planned to prioritize his family, and he "made several commitments which I simply cannot risk missing."

Though the crewed mission has been rescheduled several times, there do not appear to be plans to return Ferguson to the mission.

Boeing believed it was ready to put Starliner back to the test last year, and it scheduled a second attempt at the orbital flight test — this one dubbed OFT-2 — for August.

More problems quickly arose. When the spacecraft was rolled out to its launch pad and began going through pre-flight ground checks, engineers discovered that key valves on the Starliner were sticking. Eventually Boeing announced that the problem could not be fixed on the launch pad, and the whole vehicle had to be rolled back to the assembly building for further troubleshooting.

By mid-August, Boeing had given up trying to fix the issues on site. The Starliner had to be sent all the way back to Boeing's factory.

In press conferences leading up to Thursday's test fight, Boeing officials revealed that they will fly OFT-2 this week with a "short-term" fix in place, but the company may ultimately opt to redesign the valve system.

Adding to the questions surrounding Boeing's safety practices as Starliner heads back to the launch pad this week is a recent report from Reuters, which highlighted a previously overlooked lawsuit filed against Boeing last year by a subcontractor who was said to have his leg partially amputated after an accident that occurred ahead of a 2017 Starliner parachute test.

Boeing confirmed in a statement that a lawsuit was filed on behalf of the employee and the subcontractor. "The matter was settled by all of the parties; the terms of the settlement are confidential," the statement reads.

Court documents confirm the matter was settled in December 2021.

Two people were killed and several severely wounded in a shooting at a nightclub in Norway's capital Oslo, Norwegian police said early on Saturday.