Bloomberg shows up as climate UN talks get into tough phase 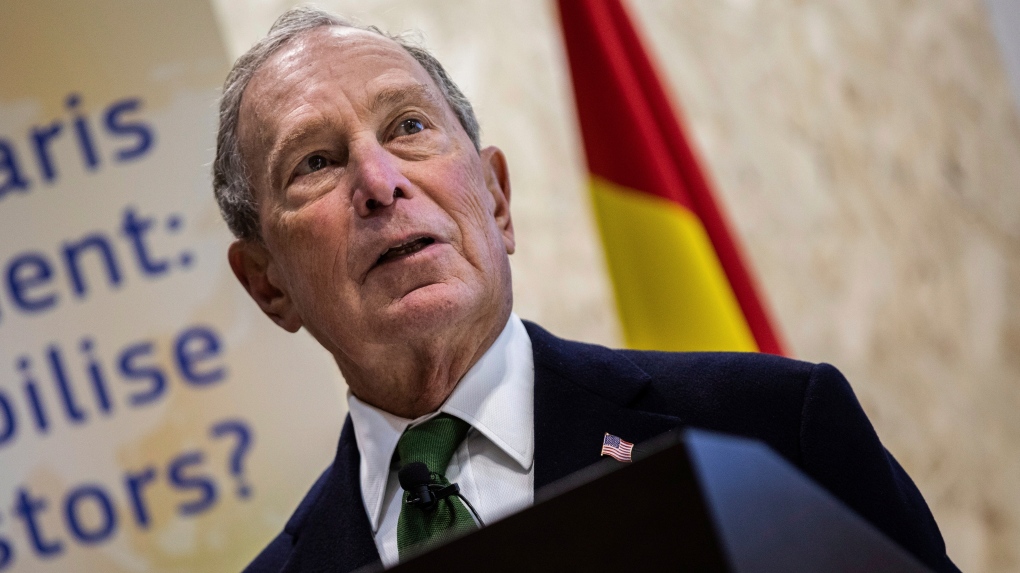 Bloomberg, who launched his campaign less than three weeks ago, is attending a United Nations global climate conference in Madrid that is kicking into high gear.

Ministers from nearly 200 countries are arriving on Tuesday to tackle some of the tough issues that negotiations couldn't resolve over the past week, including finalizing the rules for international carbon markets that economists say could help drive down emissions and help poor countries to cope with the effects of rising temperatures.

Opening an event on sustainable finances organized by the summit host, Spain, Bloomberg said that "the next president of the United States should end all subsidies for fossil fuel companies and fossil fuel extraction, and that includes tax breaks and other special treatment."

"He or she should reinvest that funding into clean energy, which will also create a lot of new jobs," he added.

The 77-year-old businessman and former New York mayor is expected to share the results of his private push to organize thousands of U.S. cities and businesses to abide by the terms of a global climate treaty that the Trump administration is working to abandon.

"Americans are willing to continue to work even with a climate change denier in the White House," Bloomberg told a room packed of journalists and officials.

"The White House matters, but sometimes not too much," he added.

The Democrat has vowed to rejoin the Paris climate agreement if he's elected as president. He recently stepped down as the U.N.'s special envoy for climate action.

Unlike at many past climate summits, few heads of government are joining the talks in Madrid. The U.S. has sent a career diplomat, Ambassador Marcia Bernicat, as head of its delegation.

John Kerry, the former Secretary of State under the last Democrat administration, is also attending events on the sidelines of the Madrid conference, and said the absence of any representative from the White House at the talks "speaks for itself."

"It's an absence of leadership," Kerry told The Associated Press. "It's a tragedy."

Most other countries are sending environment ministers or other senior officials instead of prime ministers or presidents, worrying some observers.

"It shows that there has not yet been an internalization of the emergency situation that we are in, that so few heads of state are coming to Madrid and ready to roll up their sleeves and do what it takes to actually respond to the science," said Jennifer Morgan, executive director of Greenpeace International.

She also accused some governments, such as Brazil and Saudi Arabia, of trying to weaken the agreements, and called on the European Union to work with vulnerable nations to counter those efforts.

Environmental campaigners are hoping the EU will present an ambitious plan this week for cutting emissions in the medium- and long-term that would send a message of hope to weary negotiators in Madrid.

The new head of the bloc's executive Commission, Ursula von der Leyen, has backed a call for the EU to stop all net emissions of greenhouse gases by 2050.

Scientists say emissions worldwide need to start falling sharply from next year if there is to be any hope of achieving the Paris climate accord's goal of capping global warming at 1.5 degrees Celsius (2.7 Fahrenheit).

Negotiators in Madrid had worked until 3 a.m. to prepare the ground for ministers, said Sigrid Kaag, the Dutch minister for foreign trade and development co-operation.

"Let's hope to see that we can ... really sort of give shape and meaning to the call 'Time for action,"' said Kaag, referring to the motto of the U.N. talks. "It's now or never."

Meanwhile, scientists who have been warning for decades about the catastrophic effects of warming temperatures joined activists in demanding greater political will against them.

As they did the day before with other activists, young environmentalists Greta Thunberg of Sweden and Luisa Neubauer of Germany urged the media to turn their attention from them to scientists.

"This is the science and that is missing from negotiations," said Neubauer.

Thunberg, whose presence in Madrid has grabbed once again numerous headlines, said that the media and public should listen to scientists to "spread information that so desperately needs to be spread."

"As it is now, people are not fully aware of what is going on," she said.