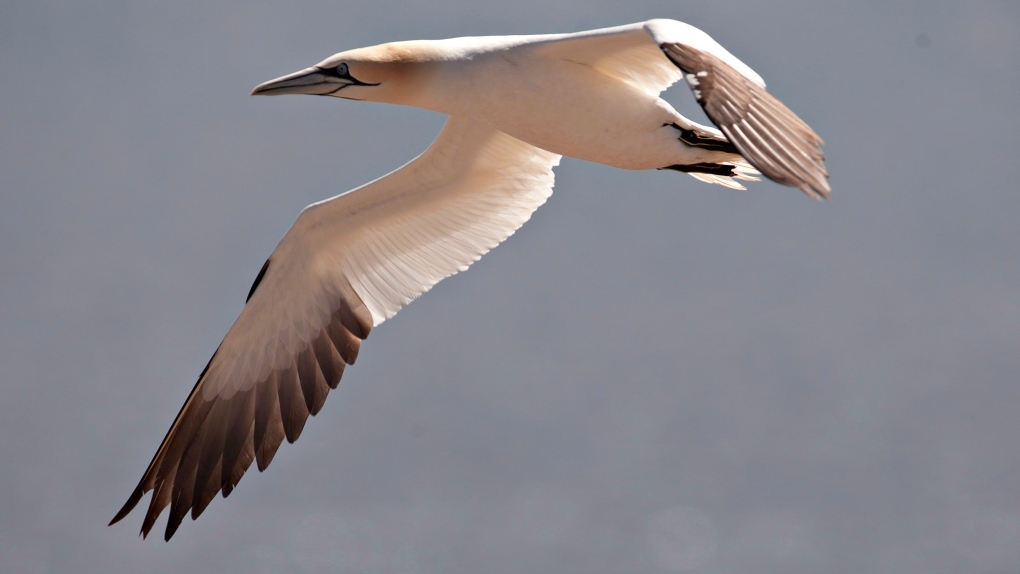 A gannet flies over its nesting grounds Wednesday, July 25, 2012 on the Bonaventure Island in Perce, Que. (Jacques Boissinot / The Canadian Press)

ST. JOHN'S, N.L. - A well-known biologist in Newfoundland and Labrador says he hasn't seen anything like it in his 30-years as a scientist.

Bill Montevecchi says gannets who should be nesting at Cape St. Mary's have abandoned their chicks for cooler waters.

Guides at the popular bird sanctuary noticed the phenomenon earlier this month when the seabirds suddenly disappeared.

Montevecchi says since then, there have been plenty of gannet sightings off the coast of Labrador and it now appears as though the birds are travelling further north to find food.

He says that's because local water temperatures are three to four degrees higher than normal.

Wildlife officials aren't sure if the gannets have abandoned the nests altogether and say the abandoned chicks are vulnerable to other adult birds and the prospect of starvation.