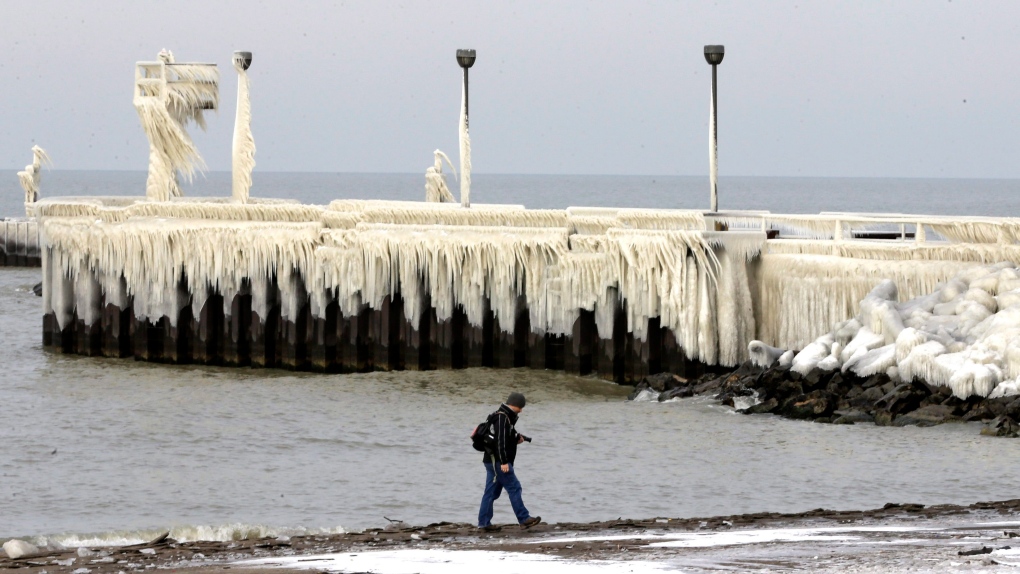 A man walks along the shores of Lake Erie past an ice covered pier at Wildwood Park, Thursday, Jan. 14, 2016, in Cleveland. (AP Photo/Tony Dejak)

The centre has staff and field stations in Michigan, New York, Ohio, Indiana and Wisconsin. It has five large research vessels and conducts fish science assessments in each lake. It has supported efforts to restore native prey fish and control invasive species such as sea lamprey.

But it's never had its own dedicated funding source in the federal budget. Supporters say it has been shortchanged compared to ocean science centres.

The bill would provide clear legislative endorsement of the centre's work and better opportunities to secure money for updated technology and new projects.