Biggest, fastest-known asteroid to pass by Earth later this month 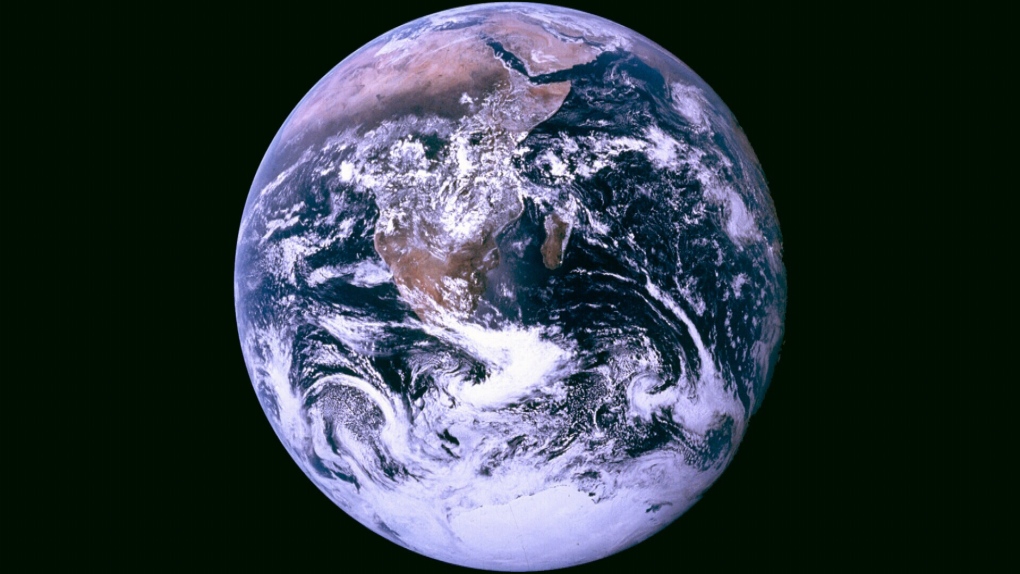 Earth is seen in this file photo.

TORONTO -- The biggest and fastest known asteroid of 2021 is expected to make a flyby of Earth later this month.

The asteroid is an estimated 1.1 kilometres wide, which is roughly twice the size of the CN Tower. Of the approximately 25,000 near-Earth asteroids that scientists know about, NASA says only about 3.5 per cent of them are larger than a kilometre.

Due to its size and proximity to Earth, asteroid 231937 has been classified as "potentially hazardous" by NASA's Center for Near-Earth Object Studies (CNEOS) and is being tracked by the space agency.

NEOs are defined as space objects, such as asteroids or comets, that come within 1.3 astronomical units (195 million kilometres) of the sun. If the object is larger than 140 metres across, it is considered a potentially hazardous object (PHO).

Nearly one hundred known asteroids are set to fly past Earth before the end of 2021, NASA says, but asteroid 231937 is set to be the largest and fastest.

However, NASA says the asteroid’s orbit is well known and poses no threat to humans.

According to the space agency, the asteroid will make is closest approach at 16:03 UTC (11:03 a.m. EST), at over two million kilometres away from Earth. NASA notes that this is nearly five times farther than the distance the moon orbits Earth.

Despite being two million kilometres away, NASA says this will be the asteroid’s closest encounter on record. According to NASA's records dating as far back as the early 1900s, the space rock has not come closer to Earth and won't do so again for 200 years.

Asteroid 231937 was discovered on March 23, 2001, by the Lincoln Near-Earth Asteroid Research program in New Mexico, according to NASA. It orbits the sun every 810 days and is classified as an Apollo asteroid as it travels from inside Mercury's orbit to the asteroid belt and back, crossing Earth’s orbit in an elliptical pattern.

While those interested in catching a glimpse of the asteroid won't be able to do so with their eyes, EarthSky reports that stargazers may be able to see it using a telescope 20 centimetres or larger in diameter to detect the asteroid’s motion in real time.

The asteroid will be relatively low in the southern sky, but EarthSky said observers might spot it moving between the constellations of Scorpius and Sagittarius just before dawn.