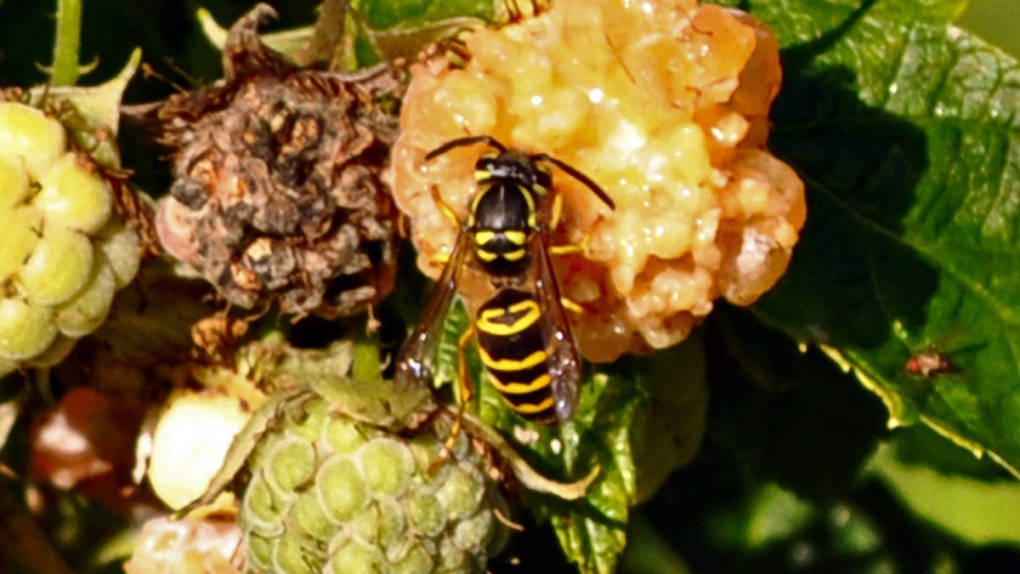 Not all garden pests attack plants. One that's especially irksome to us humans this time of year is the yellowjacket.

Worse than irksome, sometimes: They can be deadly to people allergic to their sting.

Yellowjackets are among the most ornery of creatures. They are aggressive and, unlike honeybees, don't have to stop after one sting. Burying its stinger in your arm has no effect on a yellowjacket's mortality, so it can do it again if it pleases, or go seek out other victims.

As with all of Mother Nature's creatures, yellowjackets aren't all bad. These aggressive insects do help clean up debris, especially high-protein stuff, such as leftover dog food, early in the season, and sweet stuff, such as an unfinished soda, later in the season. Yellowjackets even help us gardeners by eating certain plant pests, such as caterpillars.

SIMILAR, BUT QUITE DIFFERENT

It's important to distinguish between yellowjackets and their friendlier (and more beneficial to gardeners) kin.

Look kindly on honeybees, which are fuzzy. Generally, they are friendly. Always, they are valuable for pollinating wild, agricultural and home-garden plants.

Also look kindly on small, darting syrphid flies, also called hover flies, which keep many garden pests in check and don't sting humans. They periodically hover in place and then dart off, like helicopters or hummingbirds. Their abdomens, in contrast to the rounded abdomens of yellowjackets and honeybees, are slim. Hoverflies are also quite small.

Swatting, even dodging, may be the knee-jerk reaction to yellowjackets, but it's the wrong response. Aggressive or jerky movements incite them to sting. Easier said than done, but the most effective way to avoid getting stung is to move slowly and keep calm. To discourage them further, avoid wearing bright colours or perfumes.

My best efforts to thwart yellowjackets begin early each season when I start patrolling for nests. The whole season's population begins as a single queen who, after waking from her winter sleep, begins laying eggs. Once she has nursed hatchlings long enough that they can take over care of the nest, she goes into full-scale egg production. So the sooner nests are found and destroyed, the fewer yellowjackets will be buzzing around later in the season.

Her Highness typically builds her nest in the ground or in walls. The time to destroy such nests is at night or on cool mornings, when the yellowjackets are at home or groggy. You can shoot a stream of pesticide at such nests from a distance with a variety of products: "Safer Brand Aerosol Wasp and Hornet Killer" and "EcoSMART Organic Wasp and Hornet Killer" are both effective and have low toxicity. A hand torch is also effective if used carefully to avoid starting a fire.

Don't decimate every yellowjacket nest, however. Leave them alone if they're far from human activity.

And then avoid attracting them near your terrace, swing set or anywhere people congregate. A garden full of ripening grapes, apples and melons can't help but entice yellowjackets, but why compound the problem by leaving garbage pails uncovered? Clean up dog food, soda and other foods rich in proteins or sugars.

Stings happen, whether from a single yellowjacket that wanted you away from its food or from a mass attack when a nest is inadvertently disturbed by a lawnmower or by footsteps. One way to lessen the effect of a sting is with a small device called "The Extractor" (Sawyer Products), which is something like a hypodermic syringe in reverse, with a cup on its end instead of a needle. Used quickly, it can suck the venom out of your body before it takes effect.

Anyone who has experienced a general reaction to such stings, rather than just a local reaction at the sting site, should also carry an Epipen, available with a prescription, and seek medical attention.