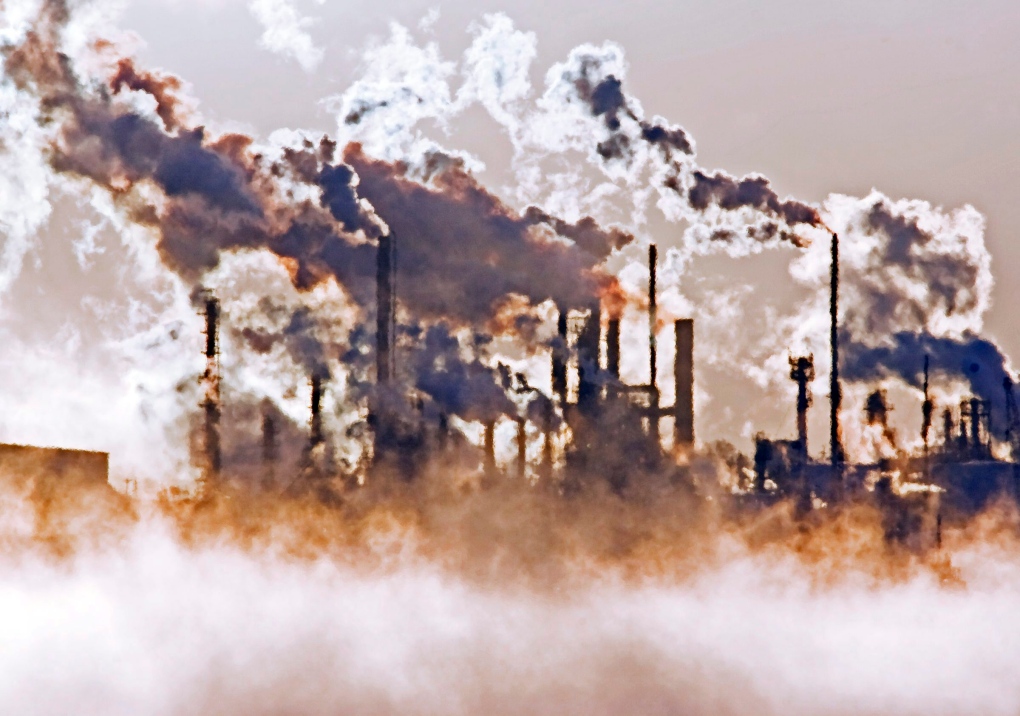 But the report by the Deep Decarbonization Pathways Project says provincial and federal measures have placed the country on track for what it calls "significant reductions" in greenhouse gases, with greater cuts possible.

And it finds that current and developing policies in Canada's electricity sector are in line with an 80 per cent reduction in GHGs by 2050 -- the trajectory needed to reach the Paris climate agreement's target for holding average global warming to two degrees Celsius.

The authors find that the full suite of measures still leaves Canada 91 million tonnes of carbon dioxide equivalent short of its 2030 target, although that's much better than the official forecast by Environment Canada.

Under the international Paris climate accord negotiated last December, Canada committed to cut emissions at least 30 per cent below 2005 levels by 2030, a level federal Environment Minister Catherine McKenna has called a "floor."

Canada had previously promised under the 2009 Copenhagen agreement to cut emissions 17 per cent from 2005 levels by 2020.

"Even if all announced policies plus a reasonable set of aspirational policies are implemented in the short term, Canada can still expect a significant gap to both the 2020 and 2030 targets," says the report released this week.

Four federal-provincial working groups are currently studying a number of climate policy areas and will report back next September prior to a formal first ministers conference.

The goal is to have a pan-Canadian climate policy in place by early 2017 that finally puts the country on a path to meeting its international promises.

In an interview, Sawyer said provinces have already done a lot of heavy policy work over a number of years and the emissions trajectory has been demonstrably lowered. With the further Alberta climate plan and Ottawa's methane regulations, the oil and gas sector is coming under a significant degree of control.

Meanwhile, "downstream" emissions from buildings and vehicles don't yet face the same emissions constraints, he said. That points to gaps that can be addressed to further ratchet down greenhouse gases.

"The paper is just trying to objectively take stock and say, 'Where are we?' It forms a reference point."