Bangkok mall was Instagram's most photographed location of year 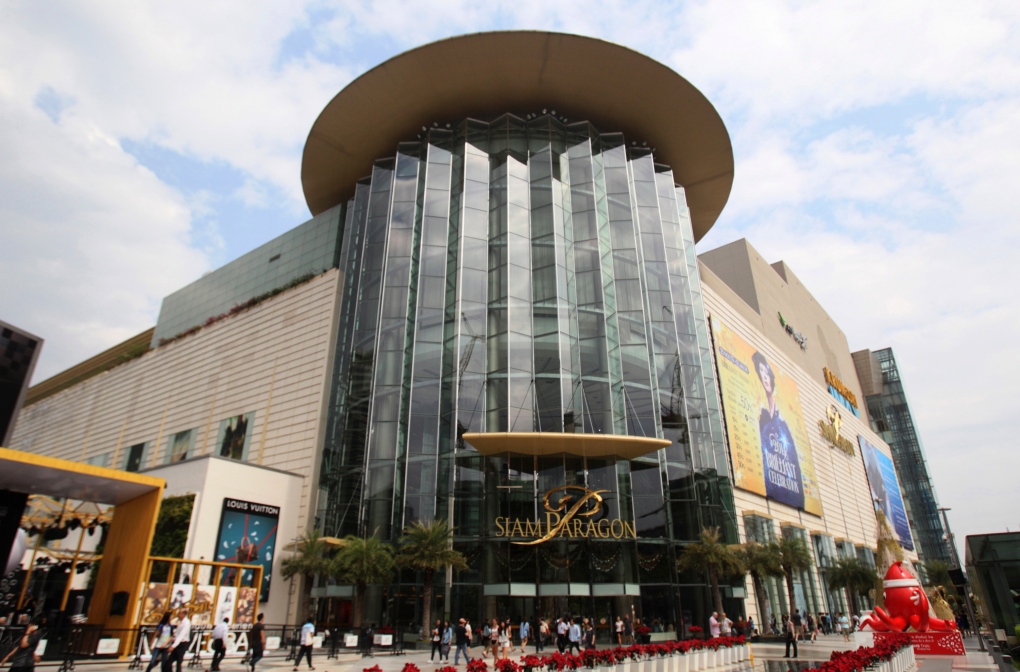 BANGKOK, Thailand -- Sure, the Eiffel Tower, the Taj Mahal and the Grand Canyon have inspired many photographs. But a shopping mall in Bangkok has claimed this year's crown as the world's most photographed location on Instagram.

In its Top 10 year-end list, the photo-sharing app dubbed Siam Paragon as the planet's most "Instagrammed" spot in 2013. It edged out No. 2 Times Square and No. 3 Disneyland in California on the list that also includes New York's Central Park and Dodger Stadium in Los Angeles.

Paris' iconic steel tower got bumped off the list. And if Siam Paragon seems like an improbable winner consider this: last year's most "Instagrammed" place was again from Thailand -- Bangkok's Suvarnabhumi Airport, which this year was at No. 9.

Instagram spokeswoman Tiffany Testo said in an email response that the California-based company does not release data on how many pictures were taken.

The luxury mall in the heart of Bangkok is not exactly a world-famous landmark. Sightseeing visitors to the city typically head first to the majestic Grand Palace or take in the serenity of Buddhist temples like Wat Pho. The mall is a trendy meeting place in Bangkok that claims to have more than 100,000 visitors a day. But why is it so avidly photographed?

"All the celebrities come here and post photos of themselves," said Sayamon Srichai, a 33-year-old Bangkok office worker walking past Paragon's tropical Christmas garden with an outstretched arm as she smiled for her smartphone. "Regular people like me want to walk in their footsteps."

Thailand has long been called the Land of Smiles, but it could also be called the Land of Selfies. Thais love taking pictures of themselves, documenting their daily activities and uploading the images instantly so friends know what they're up to. The Southeast Asian country is also one world's biggest users of social media, which could explain why a building that may not be the most photographed in the world still ends up as the most visible on Instagram.

"Taking Instagram pictures is sort of like a daily ritual," said Jitlada Mahan, 18, another shopper posing for her phone outside the sprawling five-floor complex. "This is how I communicate with my friends. Now they know where to find me."

Combine that passion with Thailand's love of shopping malls, which offer air-conditioned refuge from the steamy outdoors, and the photo ops are endless.

Many shoppers treat Paragon like their personal catwalk: Visitors pose for pictures everywhere -- at the aquarium, at the cineplex, the bowling alley, the outdoor Christmas garden and inside its hundreds of shops and restaurants.

"I take photos of food here all the time. Almost every day," said Jirathip Khajonkulvanich, an 18-year-old student who has 1,035 Instagram followers and has learned how to boost her online popularity. "When you take photos of food, people press 'like' more than with other pictures."

Jirathip was having lunch with a group of fellow students from Chulalongkorn University, one of the country's most prestigious and a short walk away from the mega mall.

Historical sites can't compete when it comes to uploads, said one of the students, Suthasinee Tilokruanochai, who said her friends upload multiple pictures from every visit to the shopping mall.

"If you go to the Eiffel Tower, you go once. You take a picture and you leave," said Suthasinee, a 22-year-old engineering student. "We come here every day after school."