Bacteria help pandas get the most out of being picky eaters, study says 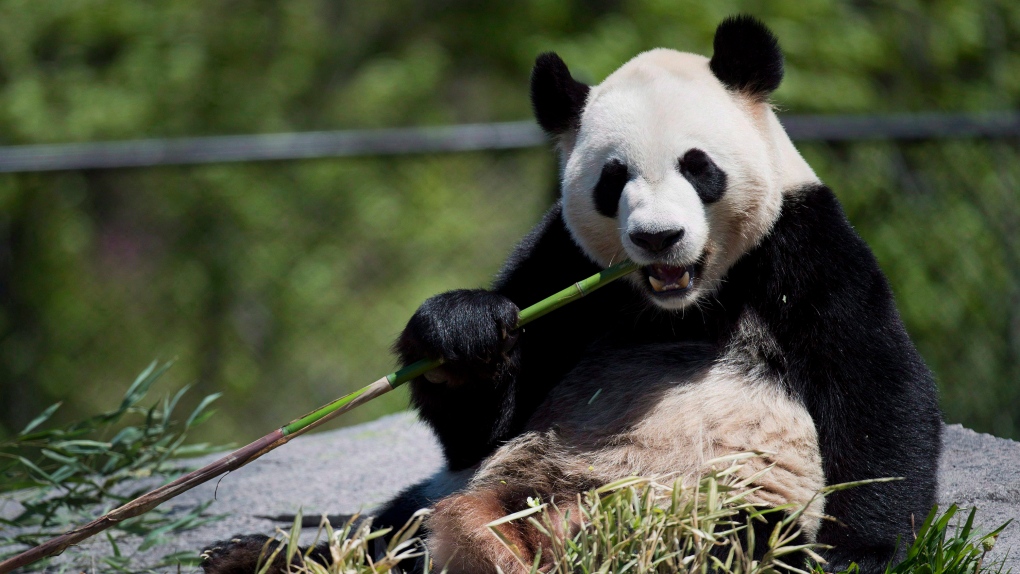 Pandas are famously picky eaters. They only consume bamboo -- a poor quality diet low in fat.

But the creatures appear to have evolved to get the most out of what they do eat, according to a new study.

Their gut bacteria changes in late spring and early summer when bamboo is at its most nutritious -- while it's sprouting protein-rich green shoots. The bacteria makes the bear gain more weight and store more fat, which researchers said may compensate for a lack of nutrients later in the year, when bamboo plants have only fibrous leaves to chomp on.

"We've known these pandas have a different set of gut microbiota during the shoot-eating season for a long time, and it's very obvious that they are chubbier during this time of the year," said lead study author Guangping Huang, a researcher for the Institute of Zoology at the Chinese Academy of Sciences in a news release.

The study was published on Jan. 18 in the journal Cell Reports.

To investigate how the gut bacteria could affect a panda's metabolism, the team first collected the feces of eight wild giant pandas in China's Qingling mountains during both leaf-eating season and shoot-eating season and then examined how the poop samples differed.

They found that a bacterium called Clostridium butyricum was more abundant in the pandas' guts during the season when they enjoy the fresh bamboo shoots.

To understand whether this bacteria helps the bears gain and store weight, the researchers performed a fecal transplant, putting the panda poop they collected into lab mice. Then they fed the mice for three weeks with a bamboo-based diet that simulated what pandas eat.

While mice are very different from pandas, it wasn't possible to run such tests on endangered and vulnerable animals, said Wei Fuwen, a coauthor of the study and a professor at the Key Lab of Animal Ecology and Conservation Biology in the Institute of Zoology at the Chinese Academy of Sciences. Mice were a good substitute.

"Mice have proven to be an effective model for studying the function of the gut microbiome in humans," Wei said via email.

"The gut bacteria was the only variable in this research," Wei explained.

Felix Sommer, group leader of functional host-microbiome research at Christian-Albrechts-University in Kiel, Germany, noted that the number of pandas involved in the study was small and the experiment had only been performed once. Sommer, who was not involved in the research, also stressed the researchers had found a correlation, not a causal relationship between the bacteria and weight gain.

"I would have asked for some kind of validation experiment or a re-sampling at another year or time point," said Sommer, who has conducted similar research on hibernating brown bears, via email.

Wei said that further work is needed to validate the causal relationship directly in pandas. He added that their work could help improve the health of captive giant pandas.

Two people were struck and killed by falling trees during a severe thunderstorm that hit most of southern Ontario Saturday afternoon.

As the May long weekend kicked off, a massive thunderstorm in southern Ontario brought strong wind gusts that knocked down trees, took out power and left at least two people dead.