Babbler not seen in 170 years surprises bird watchers in Indonesia 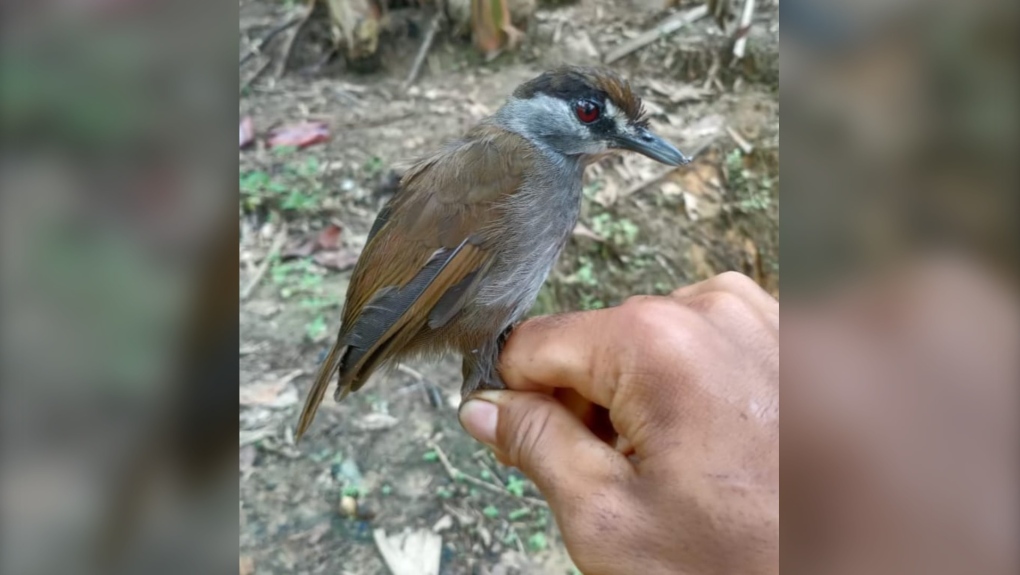 TORONTO -- When two birdwatchers spotted a bird that was previously considered extinct, they couldn’t believe their eyes.

The local birdwatchers, Muhammad Suranto and Muhammad Rizky Fauzan, were curious about a bird they had spotted in Indonesia’s Borneo rainforest. The men had managed to capture the mysterious bird last fall and sent photos to a group of ornithologists for identification.

After the photos were examined by several bird watching groups, experts came to the consensus that it was the black-browed babbler – a bird that had otherwise been considered extinct in Southeast Asia.

The last time there was a recorded sighting of the black-browed babbler was approximately 170 years ago.

The bird’s existence was only made more confusing over a mislabeling of its origin.

The bird was first reported to have been seen by German naturalist Carl Schwaner around 1850 and was labeled to have been spotted on the island of Java. In 1859, the record was corrected by another naturalist who believed the species were actually identified in the Borneo forest.

It was considered the last known sighting of the species – until now.

The birdwatchers caught, photographed and released the birds in October, however the findings were not reported until Feb. 25 in BirdingASIA, the biannual bulletin of the Oriental Bird Club.

“No Asian bird has been missing for as long as Indonesia’s Black-browed Babbler Malacocincla perspicillata,” according to the report.

Very little is known about the bird, including the size of the population, due to the lack of data available on the black-browed babbler.

“The disappearance of this species from the ornithological radar was not helped by the fact that only one specimen— procured between 1843 and 1848—was ever collected, and the holotype was never clearly linked to a specific type locality,” the report stated.

The photos show that the brown-grey songbird’s image is slightly different than what scientists had previously believed when comparing it to a taxidermied version of the specimen at the Naturalis Biodiversity Center in Leiden, Netherlands. The bird had a black stripe across its head and has red eyes with a darker bill, as opposed to artificial yellow eyes.

Indonesia is considered a hub for rare avian sightings with more than 1,700 bird species across the archipelago, and they are not well-surveyed mostly due to massive deforestation. Five new songbird species and five other subspecies were discovered last year alone on the Indonesian islands of Taliabu, Peleng and Batudaka.

Ornithologist Teguh Willy Nugroho, who works in Sebangau National Park, stated that the discovery is especially exciting because it was not only accomplished through online communication, but also during the COVID-19 pandemic.

“I think it is amazing that we managed to document one of the most remarkable zoological discoveries in Indonesia, largely through online communication, in the midst of the pandemic, which has hampered us from visiting the site,” Nugroho stated in a press release.