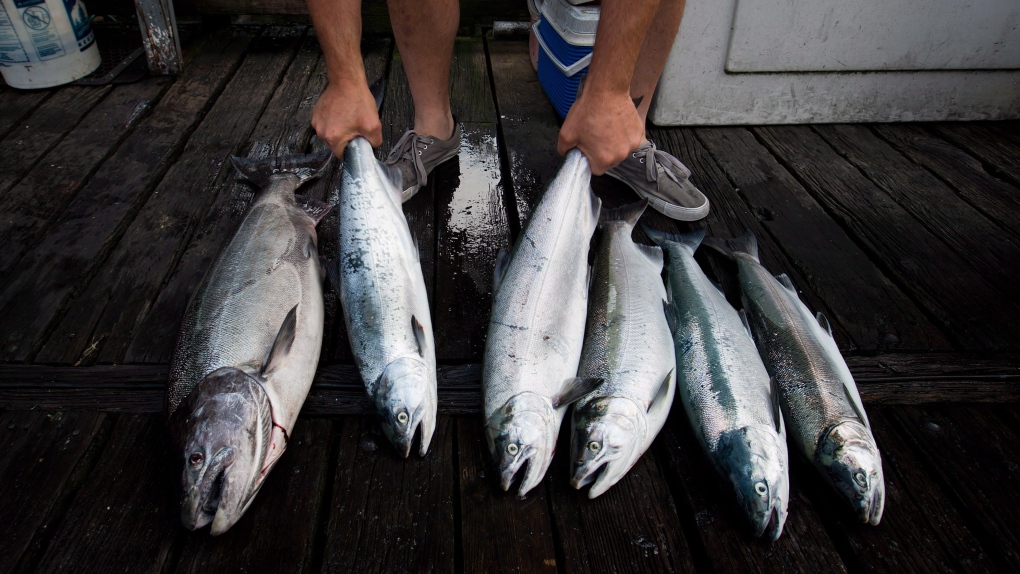 VANCOUVER -- Canada may be called onto the carpet this week as nations gather in the United Kingdom to negotiate the terms of an international treaty to regulate the controversial practice of geoengineering.

A First Nations salmon restoration group in Haida Gwaii has attracted worldwide attention after dumping more than 100 metric tonnes of iron into the Pacific Ocean in a process known as ocean fertilization.

Many scientists from around the world have condemned the unsanctioned experiment, and the federal government says it is investigating.

But Canada is a hotbed of geoengineering, says a watchdog group, and has been involved in similar experiments in the past.

Geoengineering is the deliberate modification of the environment as a means of combating climate change.

"Some countries would like to see geoengineering more acceptable than it has been, and Canada's in that bunch of countries," said Jim Thomas, spokesman for Montreal-based ETC Group, which opposes the practice.

Canada has pulled out of the Kyoto Protocol, which committed the country to reducing greenhouse gas emissions, and geoengineering is "potentially very attractive," Thomas said.

"You do have governments, and some large industries and some of the think tanks they sponsor who would prefer to see us go down the route of geoengineering. That if geoengineering could be touted as a cheap and quick and easy fix, that means we don't have to do all the heavy lifting of reducing emissions and changing our economy, then they would prefer that."

Canada funded and participated in two ocean fertilization experiments in 1999 and 2002 prior to signing onto a voluntary UN moratorium.

The iron causes a phytoplankton bloom, a natural sponge for carbon from the atmosphere. As organism feed off the plankton and die, sinking to the bottom of the ocean, the carbon is trapped down there. Previous, smaller-scale tests show the effect was short-term.

Fisheries and Oceans Canada's current research, though, is limited to computer simulations, spokesman Frank Stanek said in an email response to questions.

"Since that time, the department has not been involved in the deployment of iron solution into the ocean," Stanek wrote.

ETC Group, which works on issues of how new technologies can impact the world's poor and vulnerable, lists eleven projects that have taken place or are in the works, including a hail suppression project in Alberta that continues today.

Funded by a consortium of insurance firms, the project seeds clouds over the Prairie province with silver iodide, to shrink ice stones.

Such geoengineering projects are controversial, but on the rise in the face of climate change.

In the incident off Haida Gwaii, the Haida Salmon Restoration Corp. of the village of Old Massett dumped iron into the ocean in late July. The effort was two-fold: to create a phytoplankton bloom that would one, spur salmon returns, and two, capture carbon for profit.

The iron causes a phytoplankton bloom, a natural sponge for carbon from the atmosphere. As organism feed off the plankton and die, sinking to the bottom of the ocean, the carbon is trapped down there. Previous, smaller-scale tests show the effect was short-term.

The negative reaction in the scientific world was swift.

There are several voluntary and mandatory international moratoria on ocean dumping and specifically on iron fertilization, and Environment Canada is investigating the experiment.

A regulatory regime to address exactly the kind of incident that took place off Haida Gwaii is up for negotiation at the meeting next week in London for the London Convention and Protocol, which bans dumping toxins at sea.

Adam Sweet, a spokesman for the Environment Department, said Canadian officials will be in London for the meeting on the London Convention from Oct. 29 to Nov. 2, and "in addition to the regular business at these meetings... parties will be discussing the issue of ocean fertilization."

The delegates will stress that no permission was granted for the experiment, and ocean fertilization is not allowed except for accredited scientific research.

"Minister Kent will direct his officials to inform conference delegates that over the past six years, Canada has strengthened its enforcement regime, and that Canada will use the full extent of our enforcement abilities to ensure that those who violate Canadian environmental law are caught, and charged," Sweet wrote.

The Old Massett experiment will be a hot topic, said Wendy Watson-Wright, assistant director general and executive secretary of the Intergovernmental Oceanographic Commission of UNESCO.

The experiment, which has been condemned by several Haida leaders, was much larger than any previous experiment, she pointed out.

"There are just so many questions that we see this as a very dangerous precedent."

Now the important thing is to monitor the fallout, she said.

"But monitoring of what and where? That's what needs to be decided and it does require the international scientific community to be inputting into those decisions."