Asteroids are smacking Earth twice as often as before: study 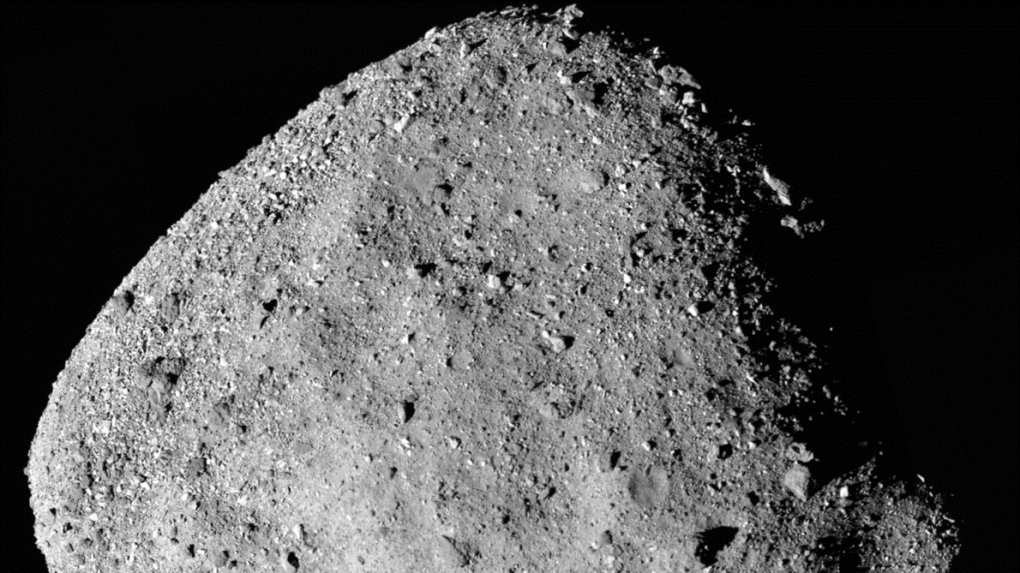 This mosaic image composed of 12 PolyCam images collected on Dec. 2, 2018, and provided by NASA shows the asteroid Bennu. The tiny asteroid regularly crosses Earth's orbit and will come perilously close to Earth in about 150 years. (NASA/Goddard/University of Arizona via AP)

WASHINGTON -- Giant rocks from space are falling more than they used to, but don't worry.

A new study finds that for the past 290 million years, asteroids have been crashing into Earth more than twice as often as they did in the previous 700 million years.

But there's no need to cast a wary glance up. Asteroids still only smack Earth on average every few million years. NASA's list of potential big space rock crashes shows no pending major threats on its impact danger scale.

Scientists in Canada, the United Kingdom and United States looked at impact craters on Earth and the moon that were larger than 20 km wide and estimate about 260 asteroids hit Earth in the past 290 million years.

The study is Thursday's journal Science.