As seen from space: Sierra snowpack off to a strong start 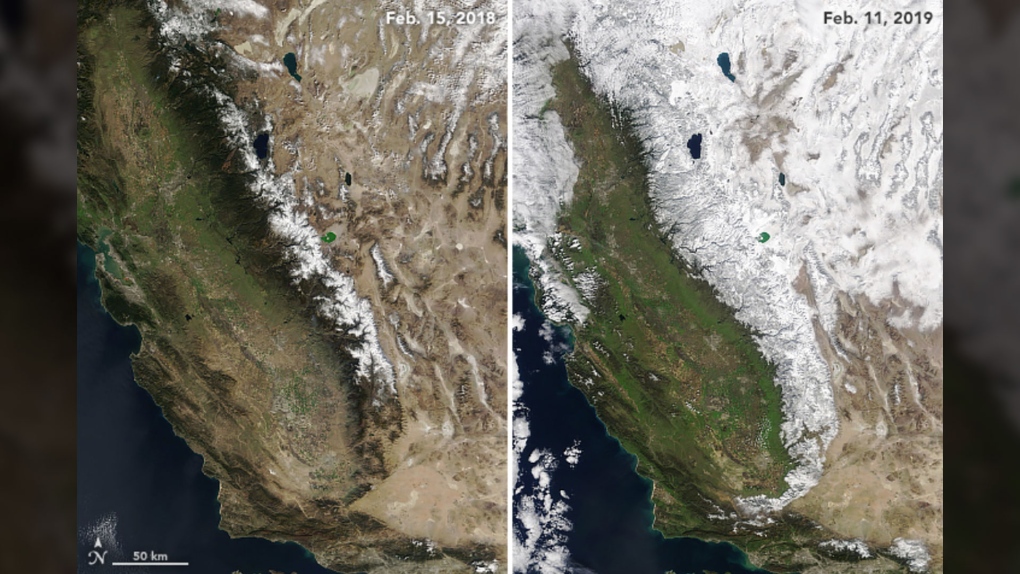 After a lack of snowfall in December, the Sierra Nevada mountains in California -- which is Spanish for “snowy mountain range” -- are once again living up to their name.

New before-and-after pictures from NASA -- taken a year apart -- reveal how snow has been covering the mountain range along the western United States for the past two months.

Some areas have received several metres of snow which is unusual given the drought in the region, according to Earth Observatory – an online collection of satellite images and animations of the planet.

In fact, since the beginning of winter, one U.S. ski resort in the region has received more than 11 metres of snow.

The natural-colour photographs are courtesy of the imaging devices aboard the Terra and Aqua satellites which are orbiting the Earth.

Statistics from the California Department of Water Resources reveal that the water from all that snow when it melts, was about 130 per cent of average amounts. To give some perspective, last February, water from melted snow cover was at a mere 21 per cent of normal amounts.

NASA is attributing this new snowfall to “atmospheric rivers,” the low-level storms which carry moisture across long stretches of oceans and then dump that precipitation over land.

The snow covering the Sierra Nevada mountain range will begin melting in the spring and some California drought watchers say it could play a crucial role in replenishing California’s reservoirs. The state has been dealing with extreme droughts for the past several years.