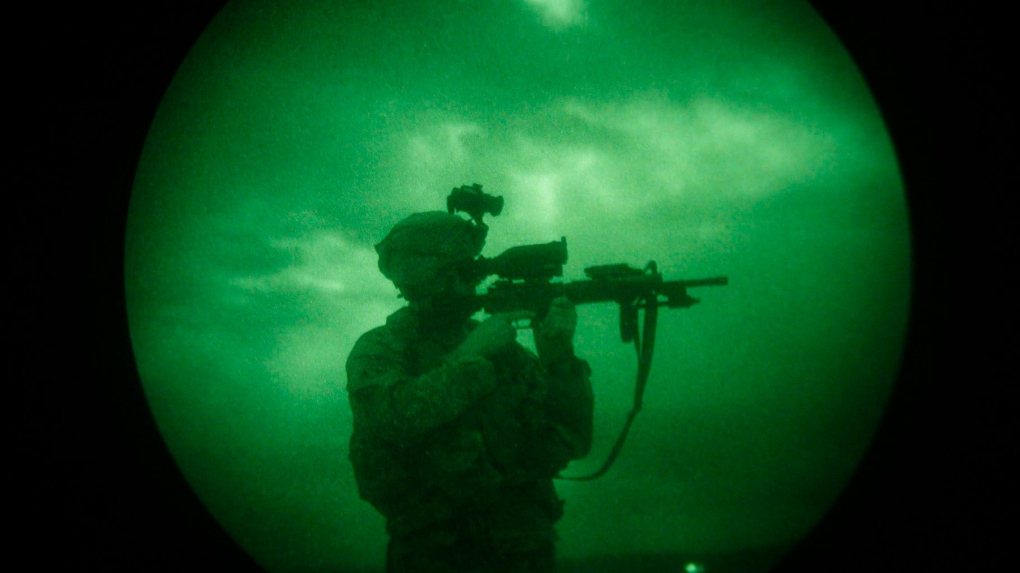 In this Monday, April 21, 2008 file photo, a U.S soldier looks through the scope of his weapon during a night patrol in Mandozai, in Khost province, Afghanistan, seen through night vision equipment. (AP Photo/Rafiq Maqbool)

Researchers have developed an artificial intelligence (AI) tool to diagnose post-traumatic stress disorder (PTSD) in war veterans by analyzing the rhythm and tone of their voices.

The study, published Monday, found that the AI tool can distinguish between the voices of those with or without PTSD with 89 per cent accuracy.

Researchers gathered speech samples from 53 U.S. Iraq and Afghanistan veterans with military-service-related PTSD, as well as those of 78 veterans without the mental health condition.

Speech samples were then analyzed by voice software from SRI International, the same company that developed Apple’s Siri voice assistant, which returned 40,526 speech segments for analysis.

Although the study did not explore the science behind PTSD and speech patterns, the authors note that there are theories that traumatic events change brain circuits that process emotion and muscle tone, affecting a person’s speech.

The team plans to train the AI tool with more data in order to apply for U.S. government approval to use the tool clinically.

"Speech is an attractive candidate for use in an automated diagnostic system, perhaps as part of a future PTSD smartphone app, because it can be measured cheaply, remotely, and non-intrusively," lead author Adam Brown, adjunct assistant professor in the Department of Psychiatry at NYU School of Medicine wrote in a statement.

But U.S. researchers aren’t the only people trying to find better ways to diagnose PTSD.

The issue is also being tackled by Canadian researchers as concerns over the condition’s effect on military members and first responders grow.

However, figures released Monday reveal that the number of Afghanistan war veterans receiving federal support for mental-health conditions nearly doubled between over the last four years.

The figures, obtained from Veterans Affairs Canada by the Canadian Press through access to information requests, show more than 6,700 military members who served in Afghanistan were receiving disability benefits for mental-health conditions in March 2018, the vast majority of which were struggling with PTSD.

- With files from The Canadian Press