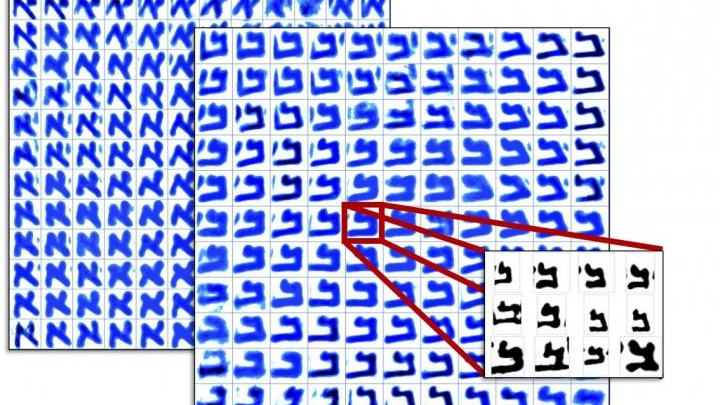 Researchers with the University of Groningen conducted palaeography – the study of old handwriting – tests on the longest text, known as the Great Isaiah Scroll.

The process, which included several painstaking steps of digitization, machine reading and statistical analysis, revealed that two scribes with near-identical handwriting were likely responsible for writing two halves of the manuscript.

The first sets of the scrolls were found 70 years ago in a cave near the Dead Sea in what is now the Israeli-occupied West Bank. They contain multiple manuscripts, written mostly in Hebrew, Aramaic and Greek, and are believed to date from about the third century BC.

But the scribes who created the scrolls, which include the oldest known version of the Bible, did not sign their work.

Many have suggested that some manuscripts should be attributed to a single scribe based on handwriting, often pointing to a “smoking gun” – a very specific trait in a letter which would identify a particular scribe. But, as the study notes, there are limitations to studying the palaeography of these scrolls with the human eye.

“This scroll contains the letter aleph, or ‘a’, at least five thousand times. It is impossible to compare them all just by eye,” study co-author Lambert Schomaker, professor of Computer Science and Artificial Intelligence at the Faculty of Science and Engineering, explained in a press release.

Artificial intelligence, on the other hand, is well suited to analyze thousands of handwritten letters, measuring even the smallest details like the curvature of characters.

First, researchers trained an algorithm to separate the inked text from its background (the leather or the papyrus), using a state-of-the-art artificial neural network to keep the 2,000-year-old ink traces intact as they appear on the digital images.

“This is important because the ancient ink traces relate directly to a person's muscle movement and are person-specific,” Schomaker said.

They then conducted further analysis to show that the 54 columns of text fell into two different groups that were not distributed randomly through the scroll, but were clustered, with a transition around the halfway mark, lending evidence to the theory of two scribes.

The researchers then created 'heat maps' to showcase the variants of a character across the scroll.

“A more likely scenario is two different scribes working closely together and trying to keep the same style of writing yet revealing themselves, their individuality, in the textural feature space,” read the study.

The authors say the study opens a “new window into the ancient world” by revealing connections between the scribes that produced the scrolls.

“In this study, we found evidence for a very similar writing style shared by the two Great Isaiah Scroll scribes, which suggests a common training or origin. Our next step is to investigate other scrolls, where we may find different origins or training for the scribes,” study author Mladen Popović, professor of Hebrew Bible and Ancient Judaism at the University of Groningen, said in a press release.

“We will never know their names. But after seventy years of study, this feels as if we can finally shake hands with them through their handwriting.”