Archeologists say they have found a 5,000-year-old city in Israel 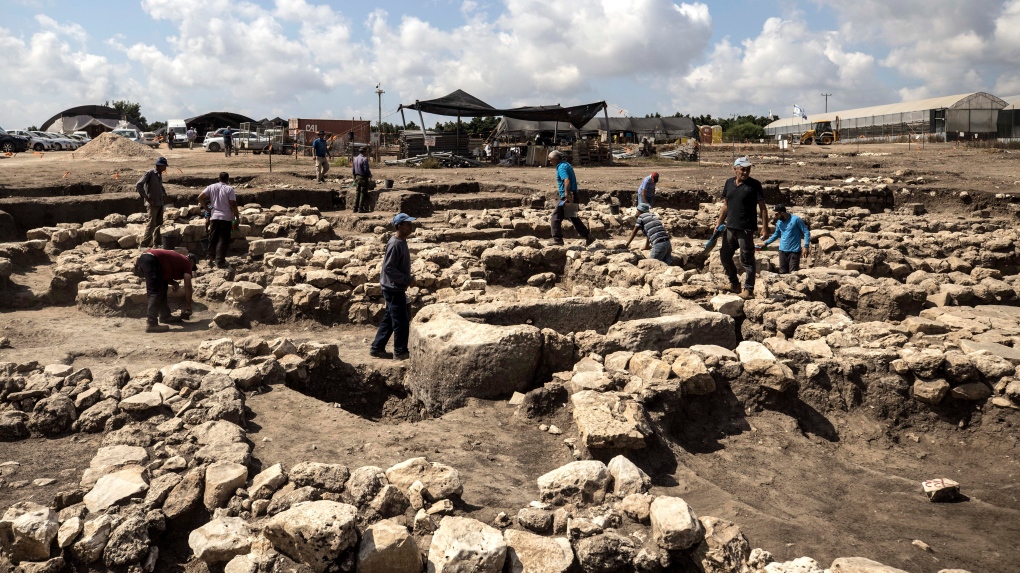 HARISH, Israel -- Israel's Antiquities Authority on Sunday said that researchers have discovered the remains of a large, 5,000-year-old city that sheds new light on experts' understanding of the period.

Calling it a "cosmopolitan and planned city," the authority said the early Bronze Age settlement covered 65 hectares (160 acres) and was home to about 6,000 people.

"In this city, we have a planned settlement with a whole net of streets and alleys and squares, and drainage installations, storage installation," said Yitzhak Paz, a director of excavation on behalf of the authority.

The city was discovered during preparations for a highway interchange project near Harish, a town some 50 kilometres (30 miles) north of Tel Aviv.

Researchers said the discovery "dramatically changes" their understanding of the period -- a time in which a rural, agrarian society was beginning to establish urban sites. They said that residents made their living from agriculture and traded with other regions and kingdoms.

Among the discoveries was an unusual ritual temple, burnt animal bones -- evidence of sacrificial offerings -- and a figurine of a human head. There also were millions of pottery fragments, flint tools and stone vessels.

"The remains of residential buildings, diverse facilities and the public buildings are an indication of the organized society and the social hierarchy that existed at the time," the researchers said.

The Antiquities Authority said that during the dig, archaeologists also found evidence of an earlier settlement dating back 7,000 years underneath the city's houses.

It said that two nearby springs likely drew people to the area.